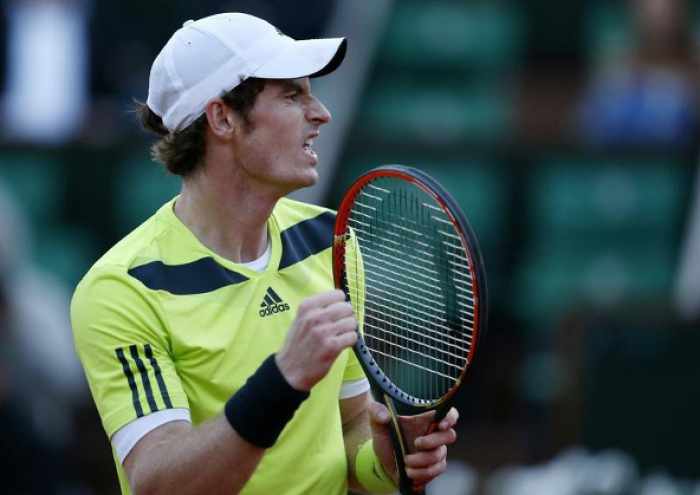 PHUKET: There is not much that spooks Rafa Nadal at the French Open, but David Ferrer managed to do just that – for 49 bewitching minutes – before watching in despair as his fellow Spaniard turned into a man possessed to set up a semi-final with Andy Murray.

Facing a rival who had beaten him the last time they had met, Nadal could barely believe his eyes on Wednesday when he dropped his first set of the tournament at 7:36pm local time.

If that gave Ferrer hope that he could join Robin Soderling as the only men to have beaten the eight-times champion at Roland Garros, Nadal quickly squashed those dreams into the red dust as he went on a 10-game rampage en route to inflicting a 4-6 6-4 6-0 6-1 defeat on his countryman.

While Nadal improved his mind-boggling French Open win-loss record to 64-1, Murray was relieved to silence the pantomime boos that greeted his arrival on Philippe Chatrier Court.

It was not long before Murray’s thoughts turned to the challenge that lies ahead.

“Rafa has good memories on this court so it will be tough to play him,” said the British seventh seed, who has not won a title since triumphing at Wimbledon last July.

While celebrations were kept to a minimum among the men who were simply glad to finish their matches under fading light, Andrea Petkovic joyously planted a kiss on her racket frame after she battled through drizzle and swirling winds to set up an unlikely semi-final showdown with Romanian Simona Halep.

The 28th seeded German came close to turning her back on tennis a year ago after being hobbled by back, ankle and knee injuries, but 12 months on she was getting up close and personal with her racket after blowing Italy’s Sara Errani off the court with a 6-2 6-2 win.

“I never kissed my racket before in my life. I don’t know what happened to me. I was just overwhelmed by emotion. I had no boy to kiss, so I kissed my racket,” laughed the bubbly 26-year-old after reaching her first grand slam semi-final.

A match featuring 10 breaks and 32 unforced errors was never going to be pretty and a three-hour rain delay left Roland Garros feeling more like a winter wonderland as temperatures dipped to a chilly 10º Celsius. But Petkovic won the points that mattered.

A contest that started with spectators huddled under blankets on Philippe Chatrier Court ended with Petkovic beaming in delight as Errani slapped a backhand wide.

After becoming the first German woman to reach the last four in Paris since Steffi Graf in 1999, a player who is influenced by the writings of a number of philosophers said she would now “like to call Freud and ask him what he thinks about… my twisted soul.”

Such a thought is unlikely to trouble Halep, who will be more interested in concentrating on Petkovic’s tennis skills after she too reached her first major semi-final with an equally scrappy 6-2 6-2 win over 2009 champion Svetlana Kuznetsova.

“It was a perfect day for me,” said Halep, who is bidding to become the first Romanian woman to win the claycourt major since her manager Virginia Ruzici achieved the feat in 1978.

“I won in two sets and very fast. I’m happy, and I really want to look forward for the next round because it’s my first semi-final at grand slam, and I have to be very focused, very calm, and to try to do everything on court.”

Kuznetsova sports a tattoo on her right arm which declares “pain doesn’t kill me, I kill the pain” but on Wednesday a left hamstring strain proved to be her undoing as she dropped serve six times before bowing out.

“Maybe it was wasn’t her best day today, but for me it was the best,” added fourth seed Halep after becoming the only woman to reach the last four without dropping a set.

Phuket war weapons owners urged to lay down their arms