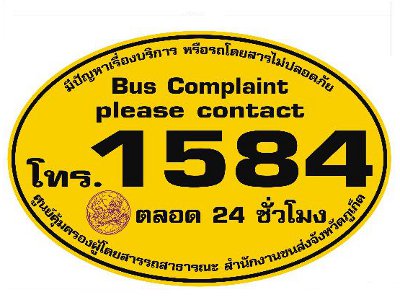 PHUKET: More than 50 representatives from taxi organizations across Phuket have agreed to a schedule of standard fares to be charged island-wide.

The benchmark agreement, which is expected to resolve many of the issues – and violent conflicts – related to fares charged, was forged at a meeting at Phuket Provincial Hall on Wednesday.

The schedule of standard fares will be posted on notice boards at main taxi ranks in six major tourist areas across the island, including at Central Festival Phuket on the bypass road, on Thaweewong Road (the beach road) and Rath-U-Thit 200 Pi Road in Patong, and along the beach road in Kata-Karon.

“Each main tourist area, including Kata-Karon, Patong, Kamala, Rawai, Phuket Town and Phuket Airport, will have these fares posted at main taxi ranks so people can see the fares before getting into the taxi,” explained Jaturong Kaewkasi of the Phuket Land Transportation Office (PLTO).

“The fares must be listed in English and Thai, but operators can add other languages, such as Russian and Chinese at their discretion.

“Taxi rank operators will need about a week to have the notice boards made, so we expect the boards to up in about two weeks. The fares agreed to were reportedly already in use by most taxi operators on the island, so it was relatively easy for them to agree to make them standard,” he added.

Although all the key parties involved had agreed to the list of fares, the Provincial Office had yet to ratify the list and will make it official by proclaiming it at a later date, Mr Jaturong said.

As part of the agreed conditions for drivers to legally operate taxis, the vehicles must have a sticker on the outside showing the complaints hotline number 1584. Inside the vehicle the details of the driver, including name and license plate number of the vehicle must be displayed.

“The list of fares must be shown inside the vehicle and each taxi vehicle must be branded with a unique letter-number combination to identify that exact vehicle,” Mr Jaturong said.

“Having passengers being able to identify the vehicle by remembering a simple code shown plainly on the outside of the car or van [such as ‘M1-001’] is expected to help reduce crime. It will help passengers identify which vehicles they were in if they are, for example overcharged, and it will therefore help police identify which drivers are wanted for questioning.

“We hope that the end result is that the ‘bad’ drivers will sooner or later withdraw their license, leaving only the ‘good’ drivers to serve tourists and other passengers,” he added.

Representatives from taxi ranks also suggested that each taxi organization have its own uniform, with the names of the driver on the shirt. “This has yet to be agreed on, but at this stage it sounds like a good idea,” Mr Jaturong said.

At the meeting it was confirmed that there were 651 legally registered taxis in Phuket, but the PLTO had received 3,594 applications for private vehicles to be registered as taxis.

The PLTO was expecting at least 700 more applications before registration closes this Saturday, September 15.

“This is to allow any drivers already working for a legitimate taxi rank to file their application” Mr Jaturong said.

Click the links below to see the lists of standard taxi fares: