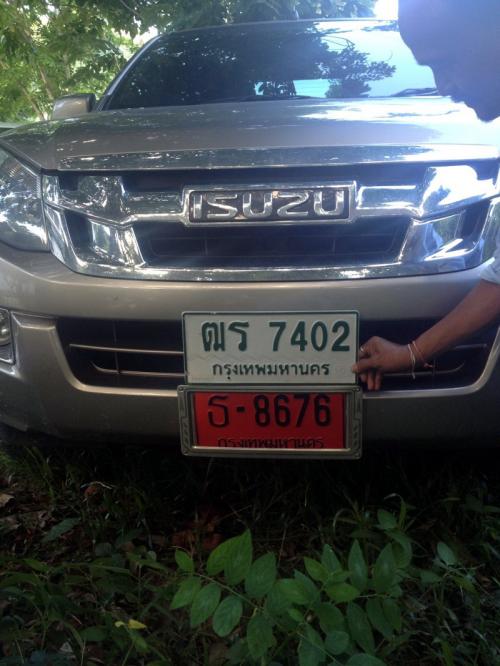 PHUKET: Five people have been arrested for operating a real estate scam in which they lured potential customers into illegally gambling on a game of “fan tan”.

The scammers used the same ploy as that used by a group arrested in Phuket in February (story here).

Massage shop owner Uraiporn Sae-Tung wanted to sell her massage shop in Rawai and had put up a sign in front of her premises saying so.

On May 10, she received a call from Thanapol Kachadej, who pretended to be a broker interested in selling her shop for her, explained Phuket Provincial Police Deputy Commander Serm Kwannimit.

“They met on May 12 to negotiate the price. Ms Uraiporn agreed to sell the shop to Mr Thanapol’s friend for 570,000 baht,” Lt Col Serm said.

“On May 13, at around 8:30am, he called her again and asked her to go with him to a hotel in Karon to meet the friend who wanted to buy her shop,” he said.

“At the hotel, she met Suphanee Sang-anun, who pretended to be the buyer. After talking for awhile, Mr Thanapol and Ms Suphanee tried to persuade her to join them in playing ‘fan tan’ for money,” he said.

Ms Uraiporn, afraid she was about to be cheated, told them she wanted to go out to get something to eat first. Once outside, she called the police, who told her to return to the room and agree to join the fan tan game.

While she was doing this, police prepared a team to arrest the swindlers.

When the police arrived at the hotel, they arrested five people: Pairoj Naboon, Somchai Suksom and Mr Thanapol, all from Nakhon Sri Thammarat, as well as Ms Suphanee and Kamol Aun-ruen from Surat Thani.

“We charged them with illegal gambling,” Col Serm said.

Police seized fake ‘official documents’, an Isuzu pickup truck, a license plate that should have been on the truck, gambling debt log books and other gambling paraphernalia, 12 phones, 2,000 baht in cash, copies of Ms Uraiporn’s land documents and a bankbook,” he explained.

They also found stacks of “cartoon money” that the swindlers used to pad out the stack they intended to give to Ms Uraiporn.

The gang of five has been sent to Karon Police station for further questioning and to have the charges formally pressed against them, Col Serm said.