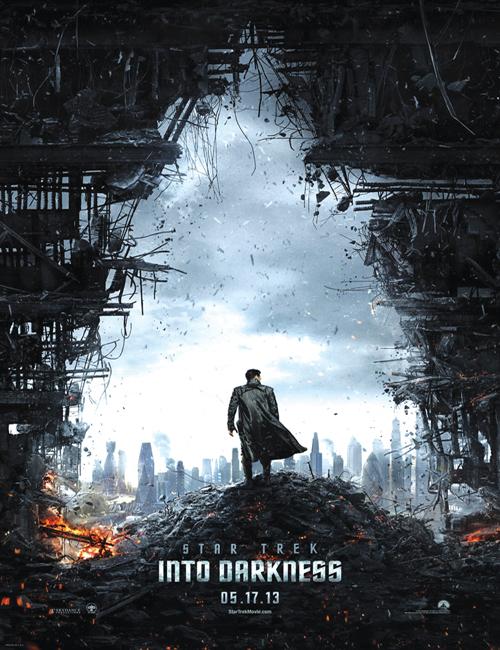 PHUKET: This week sees the release of the latest Star Trek movie, Into Darkness, the sequel to JJ Abrams reboot of the original TV series.

Mr Abrams came in for an awful amount of stick for taking on the Trekkies golden calf, particularly after he admitted to not being a fan of The Original Series (TOS).

Despite a few exceptionally large plot holes (worm-holes, more like) and completely ignoring some of Gene Roddenberry’s significant Trek tenants, he did manage to pull off quite a cool movie that won over all but the most die-hard Trekkies.

In the process – more by desire than design – he created a catalyst that would allow a whole new series of adventures to begin in an almost brand new Trek universe. Not bad, Mr Abrams, not bad at all.

Then comes the sequel, which Abrams and his demonic writing crew of Roberto Orci, Alex Kurtzman and Damon Lindelof could just as easily have called: Star Trek Revenge ON the Nerds, because Into Darkness is packed with one-liners and favorite quotes from TOS and the original cast movies, but almost all quoted by the wrong characters. Hah! Take that fan-boys.

On top of which, rather than taking the opportunity to “plough onto places where no starship movie has gone before”, the team decided to slap the new cast with a well-worn old enemy. And, just in case you are in any doubt as to who it might be, up pops Leonard Nimoy’s alternate-universe Spock to bang that nail deep into your noggin.

On the plus side, new Kirk’s rather annoying, unremitting arrogance in the first movie is handled like a slap across Chris Pine’s smug mug, allowing the character to grow just a wee bit.

Meanwhile, Zachary Quinto is so pedantically logical he would surely be channeling a young Mr Nimoy were the original Spock actually dead rather than reduced to a video phone call in this episode. But everyone else, from Zoe Saldana’s Uhuru to Karl Urban’s Doctor McCoy, gets barely any more screen time than in their first outing, because all those other fun crew members are really just foils for the “Kirk Grows” storyline.

In TOS, Kirk usually had McCoy and Spock, like opposing angels standing on either shoulder, to help direct his choices, but new Kirk’s ego far outstrips that of his small-screen predecessor (yeah, I can’t believe I wrote that either). With Into Darkness, as with the 2009 movie, Chris Pine’s Kirk is shaped by his adversaries.

Ah, but what an adversary this time out. Played by the brilliant Benedict Cumberbatch, our villain of the piece is a dark, brooding man with a serious grudge against Starfleet. As with many past Trek villains, Mr Cumberbatch manages to steal what little of the show he is in, but being such a consummate actor he does so with barely a flair of the nostrils nor much scenery chewing – and is all the more sinister for it. It’s just a shame he had to recreate an old adversary instead of being allowed to shape a brand new nemesis.

Originals are rarely as good as we remember, nor tangibly better than the reboots. Into Darkness is a fair Trek romp, but Team Abrams should have been brave enough to push forward with their new universe and perhaps taken the four years between films to actually watch the original series. Then they could have done more with this sequel than just re-tread old TOS with new tech.

Alexander Maycock regularly shouts out the next line of new movies just to prove Hollywood hasn’t had an original idea since Casablanca.

Brave diving leads to wondrous discoveries in sands off Phuket