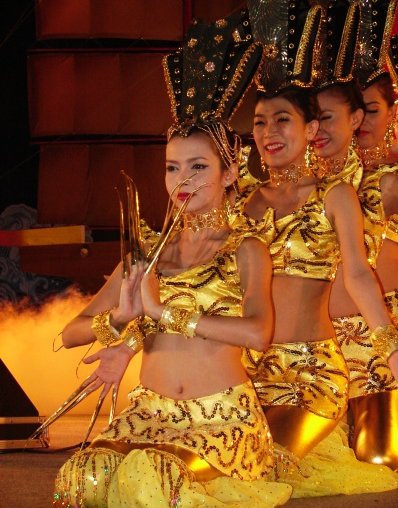 PHUKET: Chinese New Year kicked off with a hail of fireworks and live performances by acrobats, dancers and some of Thailand’s top musical acts at Sanaam Chai field in Phuket Town yesterday evening.

The event, hosted by the Phuket Provincial Administration Organization (OrBorJor), started at 4pm and saw thousands of people turn out for the food and entertainment.

After the opening ceremony, led by Wichai Srikwan, the Tourism Authority of Thailand’s Board Chairman, Chinese acrobats from Puyang City wowed the audience. Those who did not brave the throng of children near the stage watched the show on the jumbo video screen behind the performers.

Things heated up when fireworks launched into the sky from both sides of the audience.