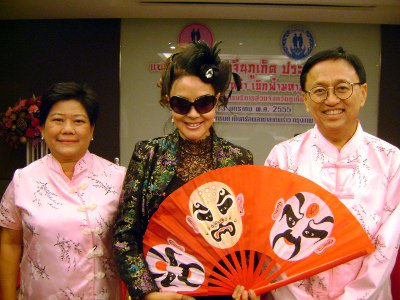 PHUKET: The Phuket Provincial Administration Organization (OrBorJor) is preparing an extravagant celebration to ring in the Year of the Dragon with the arrival of the Chinese New Year next week.

The celebration is slated to kick off at Sanam Chai (the filed opposite Phuket Provincial Hall) at 4pm on January 23.

“Acrobats from Puyang, China will be performing as well as other splendid entertainers,” said Phuket OrBorJor President Paiboon Upatising.

“There will also be four sets of firework displays to honor HM the King, HM the Queen and HRH Crown Prince Maha Vajiralongkorn,” he added.

Several famous musicians, such as Rattapoom Tokonsup, Fay Fang Kaew and Noewy from the band Sinyorrita are scheduled to take the stage at the event.

The Year of the Dragon is particularly auspicious, as the dragon is revered by both mainland Chinese and the people of Phuket, many of who are of ethnic Chinese descent, President Paiboon said.

Some Chinese believe the topography of Phuket resembles that of a great Sea Dragon.

Tradition holds that this dragon, Hai Leng Ong, is duty-bound to protect Phuket and its visitors, sustaining life and prosperity in business.

“I’m sure this free event will be unforgettable for everyone who attends,” President Paiboon added.