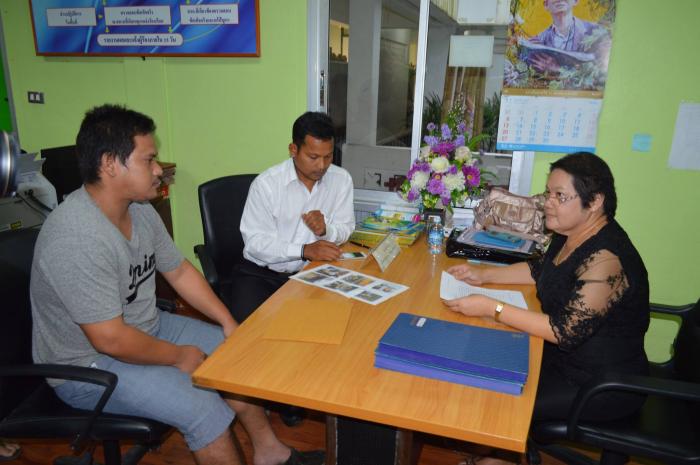 PHUKET: A Phuket man has twice denied involvement in a riot last October in Thalang, during which the district’s police station was firebombed. The first denial came in September this year, after police finally hauled him in and charged him with various offenses related to the riot.

The riot flared up on October 10 last year after two suspected drug dealers were killed by the police while trying to flee from them on a motorbike (story here).

Eleven months later, police finally acted on an arrest warrant issued for Uthai Sooklian and charged him on September 20 with ten different offenses, including inciting public disorder, assault of police officers and arson.

“It was not me in the footage. The man they are looking for has a tattoo. I don’t have one, but they [police] don’t believe me,” Mr Uthai informed the Phuket Damrongdharma (Ombudsman) Center when he filed a complaint there on Friday last week for wrongful arrest, following his release from police custody on 500,000 baht bail.

“Now I have to pay half a million baht in bail. I don’t have that kind of money and have had to ask others for help. This has cost me time away from work as well,” said Mr Uthai.