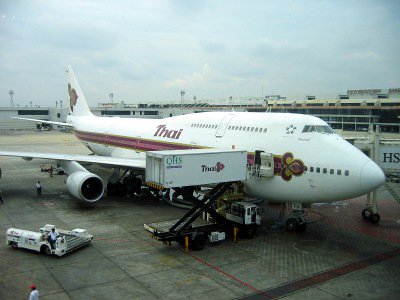 PHUKET: The Thai Airways flight that was forced to return to Bangkok this morning due to bad weather has safely landed in Phuket with all 316 passengers on board.

“Flight TG301 left Suvarnabhumi Airport at 7:35am and was to land in Phuket at 9am,” said Boonlert Nuanla-or, chief of the Thai Airways critical information unit.

“But when the plane arrived over Phuket, the cloud cover was so dense the captain did not attempt a landing. He circled above, waiting for a break in the weather, but after more than 20 minutes he decided to return to Bangkok,” he said.

With reports of better weather, the flight took off again at about 11:20am and safely arrived in Phuket at about 12:45pm, he added.

On board were 23 passengers in Business Class and 293 in Economy.

“As the 747-400 is a large aircraft – not all runways can accommodate it for landing – the flight returned to Bangkok first,” Mr Boonlert added.