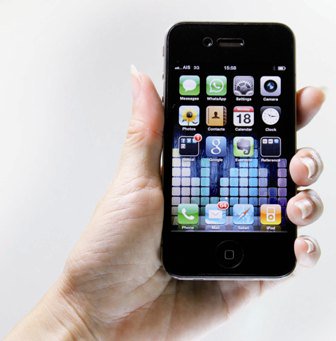 PHUKET: Finally, it’s here! 3G has arrived on Phuket and will be available later this month.

In front of 50 observers at the meeting, Mr Paiboon ran the group’s standard international speed test to Los Angeles (phuketinternetspeed.com). AIS’s 3G clocked at 1.8 Mbps download speed from LA – by far the fastest wireless internet connection the group has ever seen.

Of course, measuring the download speed on a beta test connection is a bit like measuring commute times on an empty freeway, but the number is still quite impressive.

Mr Paiboon revealed that AIS postpaid-GSM and prepaid 1-2-Call will roll out HSPA 3G to towers covering about 95 per cent of the internet usage areas on the island by the end of the month.

Full details – including pricing – aren’t yet finalized, but AIS will probably offer several levels of service.

AIS is also extending coverage throughout the island. The True signal is only available from nine towers on the west coast of Phuket and in Samkong, although – as I explained in Live Wire last week – True pledges to get more towers up and working in short order.

The only way to know for sure if your phone, pad or PC dongle will work with AIS is to check the specifications: it has to support HSPA at 900 MHz. Specification checking can be done at gsmarena.com.

The AIS roll-out has several smart aspects. Foremost among them: the AIS (GSM or 1-2-Call) SIM card you have right now will work on the new 3G network. If your phone, pad or dongle can handle 900 MHz 3G, all you need to do is drop by an AIS counter sometime after July 28 and sign up.

Dozens of people have written to me over the past 24 hours, saying that their phones or pads are suddenly picking up a 3G signal. If you’re experiencing the same, it’s a good sign that you’ll be able to get AIS 3G using your current SIM card and phone number when the service goes live on July 28.

Until then, you may think you’re running at 3G speeds, but you aren’t: AIS is automatically dropping you back to EDGE/GPRS, until you sign up and pay for the new feature.

In theory, all of the AIS shops, including Telewiz shops (AIS’s authorized dealer) and select mobile phone shops on the island, will be able to set you up with 3G starting on July 28. There may be a bit of confusion at first, so don’t get too excited. AIS will have a booth, staffed with engineers who know what they’re talking about (really!), at the IBAP Business Fair, July 30 and 31, in the Homeworks mall opposite are Central Festival. You’re cordially invited to drop by and learn the details, particularly on the afternoon of the 31, when AIS will have its official opening (time to be announced).

If you get AIS 3G working, please go to the Internet Speed Reporting site mentioned above and report your speeds. AIS will be monitoring the site to see if there are any problems. You can also drop your suggestions, complaints and – it must be said – compliments when you post your speed.

The game is afoot.