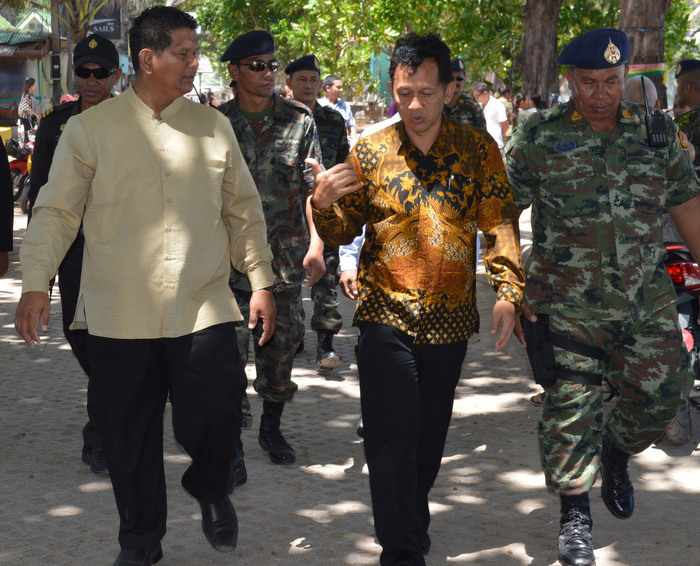 “What I can see now is a very beautiful Surin Beach,” said Phuket Vice Governor Chamroen Tippayapongtada, who led the group.

“It is very clean. This is what we want, so both Thais and foreigners can enjoy the real beauty of nature.”

“There is just some wood and cement left to be removed. This must be done by Saturday evening.”

On June 12, more than 100 businesses operating along the beachfronts at Surin, Bang Tao, Laypang and Layan beaches were ordered to remove their structures or face having them demolished for them (story here).

Similar forced evictions are likely to be rolled out at other beaches along Phuket’s west coast, including the popular tourist beaches of Nai Harn, Patong and Kamala, the vice governor said earlier this month (story here).