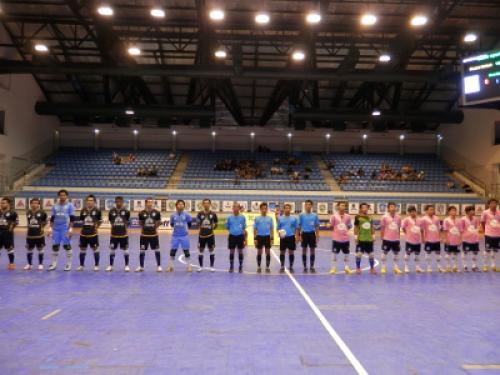 PHUKET: Phuket United have canceled the contract of Brazilian player Rogerio Moreira and sent him back to Brazil.

Mr Suphol Senapeng, Phuket United’s head coach, told the Phuket Gazette: “Rogerio was unhappy because we refused to pay for an air ticket for his wife to come to Thailand from Brazil. He didn’t want his wife to pay for the ticket herself.”

Mr Suphol said that Rogerio was no longer focused on helping Phuket United this season and he refused the offer of helping the team finish in the top five, with the team promising to pay for his wife’s air ticket if this happened.

Even though Phuket United canceled his contract, if other Thai Futsal League teams want to sign him they have to get the approval from Phuket United.

The Andaman Pearl will replace Rogerio with another Brazilian, who they hope to unveil on January 4.

Phuket United returned to their home stadium at Saphan Hin to beat Samut Sakhon Futsal Club 7-3 in a fantastic match on Wednesday December 26.

The Andaman Pearl took an early lead through Brazilian player Jardelde Andrade Apolonio in the first minute. This early setback forced Samut Sakhon into life and Natee Tusiri equalized in the 3rd minute. Samut Sakhon scored two more goals in the first half to put them 3-1 up going into half time.

The Andaman Pearl continued their relentless attack and took advantage of a power play to score their 6th. Captain Nattapon Buachay scored Phuket United’s 7th to complete a rousing comeback and show the home fans what they’ve been missing.