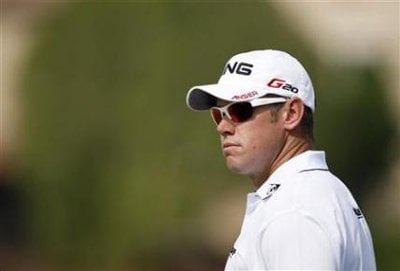 PHUKET: Lee Westwood wowed the crowds at the Thailand Golf Championship last year by flirting with a 59 in the first round of the Asian Tour event and the world number six would be more than happy with a similar start to his title defence.

Westwood had virtually wrapped up the title at the halfway mark at Amata Spring Country Club last December, his opening two rounds of 60 and 64 equaling the Asian Tour’s 36-hole record of 20-under-par to open up a massive 11-shot lead.

The Briton eventually finished seven strokes clear of South African Charl Schwartzel in second place in a tournament in which he said he had showcased the “best golf” of his career.

“Let’s put it this way – I’ll be more than happy if I can emulate my start of last year,” Westwood said in an Asian Tour statement ahead of the $1 million event from December 6-9.

“In fact I probably played better the second round than I did when scoring 60 in the first. I think I was something like 20-under-par for the first two rounds. As for a 59 … you never know.

“I think the beauty of the course is that it forces you to use every club in the bag and keeps you thinking. Some holes call for a booming drive and others for placement.

“It’s a really good test and a very well-run tournament.”

Westwood, who finished well behind the leaders at the DP World Tour Championship in Dubai, the final event on the European Tour, headlines a field that also includes Schwartzel, 2011 Open champion Darren Clarke and Japan’s Ryo Ishikawa.

The 39-year-old was glad to play his part in helping the sport take deeper root in Asia.

“It is important in the region’s golfing development that they have as many tournaments of Thailand Golf Championship standard as possible and attract as many of the world’s top players as they can.

“Golf’s future is beginning to look more and more as if it will have a strong base in Asia.”

Phuket Poll: Bringing illegal taxis in from the cold