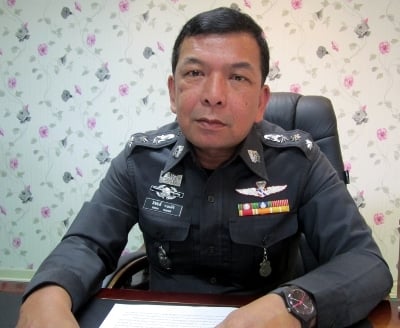 PHUKET: British national Lee Aldhouse, wanted in Phuket for the stabbing murder of former US Marine Dashawn Longfellow in August 2010, will be extradited from the UK and will arrive in Phuket on Saturday.

Chalong Police will form part of the police protection unit assigned to transfer Aldhouse from Phuket International Airport to a detention center yet to be disclosed, Col Sirisak said.

“We have received official notice to escort Mr Aldhouse from the airport, where he will be arriving at about 7pm. At this stage, that is all we know,” Col Sirisak added.

The Gazette understands that Intranee Sumawong, Executive Director of International Affairs at the Office of the Attorney General (OAG) in Bangkok, has been dispatched to the UK to oversee the formal handover of Aldhouse to the Thai authorities.

Aldhouse, now 30, successfully fled Thailand after he allegedly stabbed American Deshawn Longfellow to death in August 2010. He was later arrested at Heathrow Airport on an unrelated charge when he tried to re-enter the UK.

The OAG, citing a preponderance of evidence in the case, moved quickly to request the extradition of Mr Aldhouse.

Learning from past mistakes, the OAG assured the British Government that he would not face the death penalty if convicted.

In reaction to the news that Aldhouse will be returned to Phuket to stand trial, Dashawn’s sister, Sabré Anderson, yesterday posted on the Dashawn Longfellow Memorial Facebook page the following message dedicated to “Bubba”, the family nickname for Dashawn:

“I can’t believe it’s finally happening… We have waited so long for justice, and now we are finally pushing towards it. And the British people are wasting no time now in getting that [man] back to Thailand where he can rot in a prison for taking your amazing life away…

“No amount of suffering that is brought to him will bring you back to us, but he deserves every pain and suffer filled second of it.”

Live Wire: Drilling down on landlines