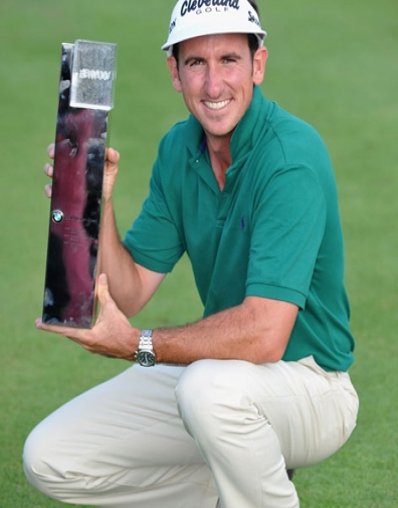 PHUKET: Gonzalo Fernandez-Castano, who didn’t quite make the Ryder Cup team, showed he would have been a worthy pick by beating the field in solid fashion to win the BMW Championship at Royal Park I Roveri in Italy.

Garth Mulroy, a little known journeyman from South Africa, tried his best to keep up with Gonzalo.

Matteo Manassaro, the young golfing pride of Italy, gave it everything he had but ultimately came up short on his home soil.

Ryder Cuppers Nicolas Colsaerts and Martin Kaymer, also had strong showings, both finishing in the top ten for the week.

Scoring was low as the Italian golf course was very firm, allowing tee shots extra yardage from roll, with the greens holding almost all shots, even shots from the rough. Firm fairways and soft greens are music to every golfer’s ear, especially professionals.

Coming down to the final stretch in the last round, Gonzalo and Garth had been trading birdies all day. Manassaro, unfortunately, made a double bogie on a par 3, on the front nine, which pretty much extinguished his chances of winning. He did rally valiantly on the back nine, to come home in only 30 shots and finish 7-under 65 for the day, 20-under par for the week, which was good enough to tie for third.

In the end, Mulroy made a mistake on the 17th to drop a shot to par and then a par at the last for 5-under for the day, and a 4 round total of 22-under-par to finish second.

Fernandez-Castanao, who had been putting quite beautifully all week, made no mistakes under pressure on the final 9 holes and came home in 31, 5 under, and 8 under for the day, to finish the week at 24-under-par and claiming a well deserved title.

Gonzalo’s putting statistics each day were 28, 24, 24, 25 for 101, which made him almost impossible to beat. If you are hitting lots of greens but not keeping your putts under 28 or 29 per round, it’s always difficult to win.

In the USA this week, all the top players on the tour are revving up for the Tour Championship and the last round of the Fed EX playoffs.

It’s already been noted that the points system for the playoffs is a bit ‘goofy’, as Mcilroy has won the last two and might not win the overall Fed Ex cup outright.

We will be watching with eager anticipation this week to see if he can keep his consistency going and finish the job off.

In Phuket the build up for the Ryder cup continues, more details to follow.

In Phuket, and in Thailand, golfers are very lucky to have caddies to help us round the golf course. Generally, when you get a good caddy they will write down how many putts you had in your round of golf. Keep a note of this and then we will run through some more checks to help improve your putting statistics in the future.

Phuket City to spend more than B100mn on flood defense