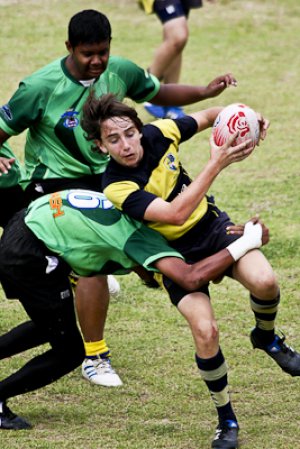 Phuket Rugby 10s: Spectators at Karon Stadium were treated to a fine display of youth rugby when Singpore Centaurs defeated Phuket Lomas in the under 15 Cup Final.

No reply from the Phuket Lomas gave the score as 5 – 0 at half-time.

A tense second half proved a stalemate. In the last minute Alex Ducourneau exploited a mistake by the Lomas attempting to clear their lines and touch down for his second try.

Good performances by both sides with solid tackling and strong running made for a great cup final.

In the Plate Final Krabi eased to victory 12 – 0 over the Bangkok Lions.