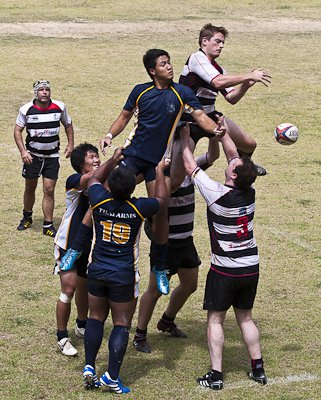 Phuket Rugby 10s: Final group stages of the 2011 tournament were played this morning and the semi-finalists have now been determined.

Favorites after yesterday’s performances are the Kriel Roosters and Thai Legends.

Our next feed will bring you the results of the u-15 finals, qualifying for which took place at Thanyapura Sports and Leisure Club (TSLC) on Saturday May 28.

Phuket Gazette will bring you a final feed of all results at the close of play.

All photos by Dean Noble.