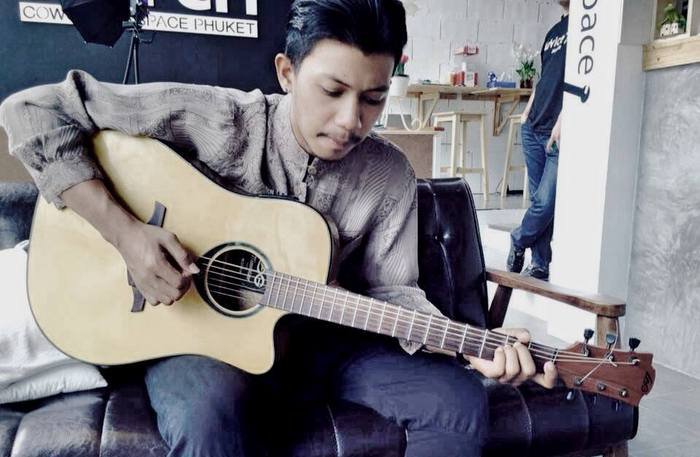 PHUKET: Phuket Rajabhat University student Smat Niema-ard is the only Phuket native to make it through last week’s Battle Round on The Voice Thailand.

Since crooning his way through the blind auditions on October 11, 20-year-old Smat’s YouTube video of his performance garnered three million views, while his recent Battle Round video received one million views.

“I’m very glad that I passed the blind auditions and am so thankful to coach Kim [renowned Thailand vocalist Jennifer Kim] for choosing me,” Mr Smat told the Phuket Gazette. “I am even happier that I passed the Battle Round last week.”

Mr Smat is now preparing for the series’ next challenge, the Knock Out Round, where he will compete with two other contestants from his own team.

“I don’t expect to win the Knock Out Round, but I will try my best. If I can do it, it will give my family, Phuket and myself a good reputation,” he added.

Mr Smat now has to make it through two Knock Out Rounds and the Live Show to be named the winner of The Voice Thailand 2015.

The series’ first season winner was Phuket native Thanon Chamroen, who beat three other contestants in the final round to win the title.

Governor clamps down on airport taxis