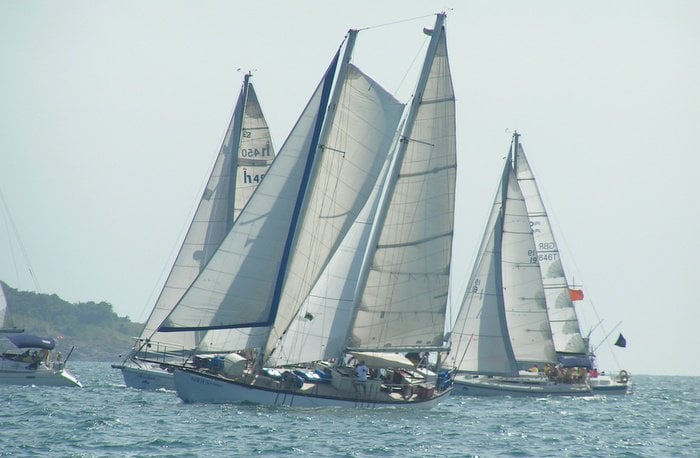 Sponsored by Kata Group Resorts Thailand, the Phuket King’s Cup Regatta 2015 will be held at Kata Beach Resort and Spa from December 5 to December 12 and will host international racing classes with about 150 boats and 1,500 sailors competing for one of sailing’s most prestigious trophies.

Kata Beach Resort and Spa will also host the opening ceremony on December 6, as well as the Closing Royal Award Ceremony on the event’s final day.

“We are proud to support the Phuket King’s Cup Regatta for the last 17 years, as it is one of the most internationally significant regattas in the world of yachting. This event is a great opportunity to support Phuket’s policy to make this province a ‘World Sports Paradise’ through which it attempts to attract notable sporting events, such as golf, tennis and beach volleyball,” said Pramookpisitt Achariyachai, president of Kata Group Resorts Thailand.

The regatta offers sponsorship and media engagement opportunities, as well as networking opportunities hosted at party venues each night following the day’s races. It also supports tourism in Phuket, and Thailand as a whole, with an expected economic contribution of around 300 million baht.

“We are delighted that Kata Group has decided to continue its sponsorship into its 17 consecutive year. We’re pleased that Kata Group is so readily able to realize the benefits of association brought about through sponsorship of Asia’s classic yacht race,” said Kevin Whitcraft, president of Phuket King’s Cup Regatta Organizing Committee.