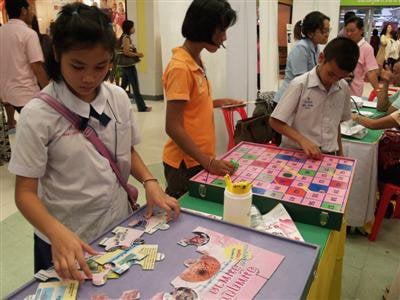 PHUKET CITY: Phuket has the highest incidence of HIV/Aids infection of Thailand’s 76 provinces, but the figures are skewed by the island’s huge migrant population, the island’s top government doctor says.

Dr Pongsawat Rattanasaeng, director of the Phuket Public Health office, said Phuket’s emergence as a top tourist destination is largely responsible for the province’s dubious distinction as Thailand’s ‘per capita’ leader in HIV/Aids.

Migrant workers from all parts of the country make their way here to work in Phuket, but are never registered as residents of the province.

Those who contract HIV and test positive at government hospitals in the province are counted among Phuket’s HIV/Aids cases, he explained.

Phuket’s official population is listed at around 330,000, but government estimates put the number of Thai people living here at about double that amount.

The Ministry of Public Health (MoPH) calculates instance rates of ‘cases per 100,000 members of the population’ for comparative purposes. The problem comes when the number of cases derived from the actual population is divided by the much lower ‘official’ population.

Only HIV cases involving Thai nationals are included in the MoPH statistics, he explained.

The MoPH keeps separate records for cases involving migrant workers from neighboring states. Most of these return home, but there are currently about 20 being treated for HIV/Aids in Phuket, he said.

Dr Pongsawat said that to mark December 1, World AIDS Day, the provincial government launched a number of public awareness campaigns to better inform people about how to prevent contracting HIV – and what to do if they test positive. Many of the activities involve youths, as they are deemed at high risk.

From then until October 2009, reports from hospitals and clinics in Phuket revealed 6,648 cases of HIV infection, with 1,767 fatalities, Dr Pongsawat said.

There are currently 3,813 people undergoing HIV/Aids treatment in the province. Of these, just 805 are symptomatic. The ratio of male-to-female cases is about 2:1, he said.

Most patients are in the 25-39 age bracket and those infected identified themselves as working in a variety of professions including ‘workers for hire’ and housekeepers – as well as the unemployed.

Despite the statistical inaccuracy in the reporting mechanism, Phuket is still relatively high-risk for HIV/Aids infection, Dr Pongsawat said.

“Our research has revealed there are more than 7,000 sex workers in Phuket and these are at particularly high risk,” he said.

The number of tourists who visit Phuket, some of whom carry the virus, also contribute to the problem, he said.

Another man shot dead in Chalong