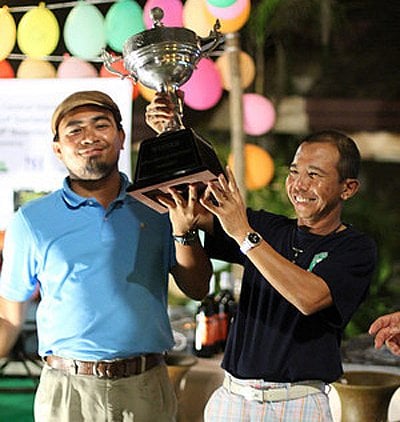 Thailand is often called the “land of smiles”, and rightly so because you will see more smiling people here than anywhere else in the world. What it is not commonly mentioned is also that Thai people are also extremely compassionate people. Compassion is the philosophical “good” in Thailand. The prevalent Buddhist philosophy adhered to by the majority of the population endorses compassion.

In the same way, compassion is the essential element that motivates The Khao Lak Community Appeal (KLCA) and The Foundation for Education and Development (FED) to provide the much-needed assistance to the disadvantage population in Phang Nga Province.

To be able to provide assistance both charities have to go to great lengths in order to raise funds for their projects. In the same nature the business community of Khao Lak and Phuket feel that whenever possible it is important to give back to the community outside their normal business. It was with that compassion and community spirit in mind that the players put down their business hats for a day in favor of clubs to raise money for charity.

The day started early with the KLCA and FED teams organizing the golf course having a little fun while doing so under the shining sun. Banners were put up on the holes along the course for each of the sponsors of the event.

At midday registration opened and players started preparing for the long afternoon ahead of them. By 12.45 the players headed out to their assigned holes, caddies were eagerly leading the way to the start of the competition.

The players took to the beautiful golf course on the shore of Tap Lamu on a beautiful warm day. Though warm, after several hours of starting, the conditions were far from perfect. The heavy rain threatened at times to spoil the game for the 81 players.

Regardless of the rain the players were in high spirits and enjoyed some competitive time together away from their every day responsibilities being able to raise money for charity. At around 6:00 pm each started heading back to the club house to turn in their scores, many of them with their score cards destroyed by the rain.

After the tournament a prize giving dinner was held at Ayara Villas with live music and spectacular performances by the children from FED and Yaowawit. An auction and raffle were held to help raise money for the 2 charities.

Due to these generous donations the amount raised for KLCA and FED was significantly increased. Towards the end of the night, the winners of The Khao Lak Charity Golf Tournament were announced and to everyone’s surprise the winners were once again for a second year in a row Khun Sorat Srisuwan and Khun Chalermsak Chaiyachit from the Khao Lak Land Discovery team.

The day was an unqualified success. The teams played some golf on a championship golf course, had more than a few laughs, and more importantly raised over 600,000 baht for two very worthwhile charities.

Thailand golf championship – a symbol of strength for Asian tour