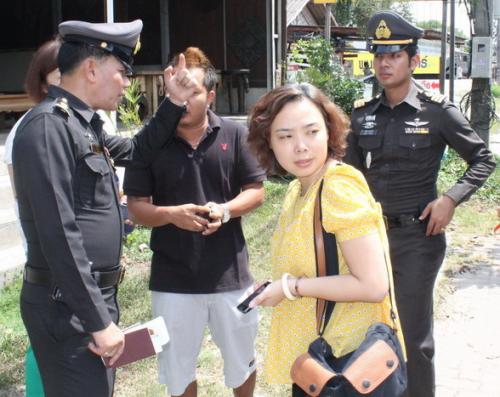 PHUKET: Phuket Immigration officers yesterday arrested a Russian woman caught without a passport and working illegally selling tours at a kiosk in Kata.

Officers led by Capt Angkarn Yasanop arrested Natalia Nikiforova, 30, after an officer pretended to be interested in some of the tours on offer at the Rus Info tour counter on Kata Road.

“We also asked how long she had been selling tours, but she did not give us any further information about herself,” he added.

Ms Nikiforova was charged with working illegally and with illegally entering the country.

“We handed her over to Karon Police to prosecute,” Capt Angkarn said.

The raid yesterday was conducted by a task force of about 20 immigration officers who have been ordered to crack down on transnational crime, including human and drug trafficking.

They have also been ordered to target foreigners working illegally or who have illegally entered the country.

The crackdown, ordered by Phuket Immigration chief Sunchai Chokkajaykij, began on April 1 and is to end on April 8.

“We have received many complaints from Thais accusing foreigners of stealing their jobs,” Col Sunchai said.

“We will work together with officers from police stations around the island to set up checkpoints and patrol specific areas, especially areas popular with tourists,” he explained.