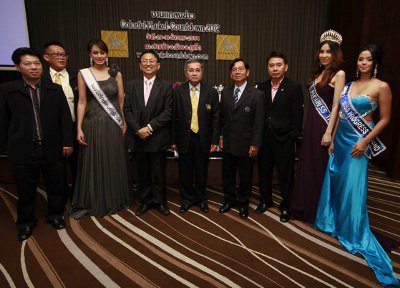 PHUKET: Phuket will spend 10 million baht on festivities to ring in the new year with the “Colorful Phuket Countdown 2012”.

The countdown event at Chai Field, opposite Provincial Hall in Phuket Town, will be put on by Tourism Authority of Thailand and Best Four media, among other sponsors.

“We set up a budget of 10 million baht for the big event so it would be good enough for the Pearl of Andaman city (Phuket),” said Phuket Provincial Administration Organization (OrBorJor) President Paiboon Upatising.

There will be mini-concerts from many well-known artists as well a stage dance contest and a 20-meter long “under the sea” themed tunnel of lights and decorations, said Mr Paiboon.

In the lead-up to the festivities, Phuket Town is expected to get its festive makeover from December 29-31.

On December 31, a countdown for the last rays of sunshine for 2011 will be celebrated at Phromthep Cape, where a New Year’s countdown clock will be set.

“On the night, we will count down [to midnight] and have a very nice fireworks show at Chai Field. Parts of the event will be broadcast live on [Thai TV channel] NBT,” Mr Paiboon said.

Both the former Tourism and Sports minister Weerasak Kowsurat and Miss Thailand Universe 2010 runner-up Wilasinee “Toey” Kanyalert are expected to grace the stage.

“We hope that this event will bring more tourists from the beach into town, so they can see and realize the mix of Portuguese, Thai-Muslim and Chinese cultures that have been part of the town for more than 100 years,” said Mr Paiboon.

“This [event] will support the vendors in Phuket town. We expect about 50,000 tourists [to visit] and 200 million baht to be spent in Phuket during the event,” he added.