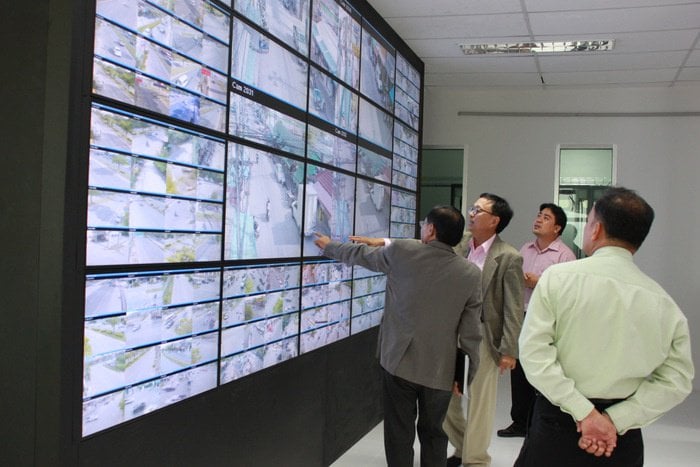 PHUKET: Budget allocation for the proposed 238 million baht upgrade of CCTV cameras in Phuket has reached its final hurdle and now awaits approval by the Ministry of Tourism and Sports, Phuket Governor Nisit Jansomwong announced this week.

Governor Nisit said he was “delighted” by the news.

“This is one of my top priorities – to enhance security in Phuket,” he said.

“Last week, I signed a letter to confirm that the budget was necessary to upgrade the CCTV system throughout Phuket, and the request is on its way for final approval.

“However, I have also ordered all local administrations to allocate the budget needed to maintain their own CCTV systems in their areas.”

The push to approve the budget for the island-wide CCTV project comes with support from the Ministry of Tourism and Sports (MOTS) Phuket office marketing campaign “Phuket Peaceful City”.

“The purpose of the campaign is to promote Phuket as a role model for tourist destinations in the country – in terms of safety,” said Santi Pawai, chief of the MOTS Phuket office.

“This is a big project. We will upgrade the old system and install new technology in the control center,” Mr Santi told the Phuket Gazette.

“Police were recently unable to identify the hit-and-run car that killed a ghost rider on the bypass road [story here] because one of the CCTV cameras where the accident happened wasn’t working,” he said.

“With an upgraded CCTV network, police would have been able to apprehend that driver.”