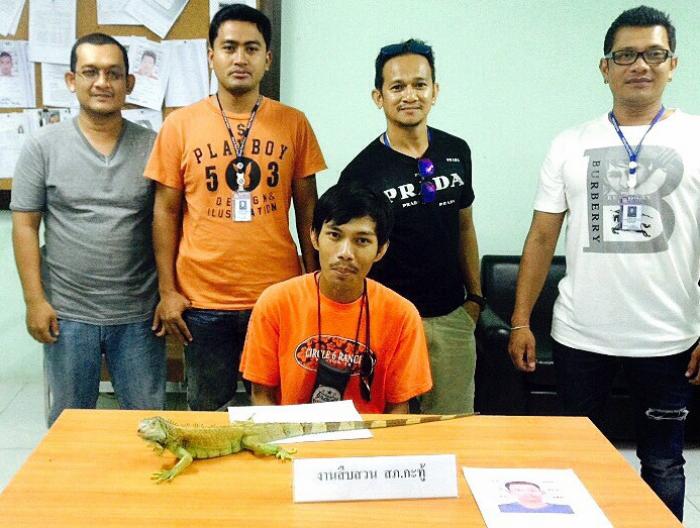 Police named the two men as Natthapon Kanesing, 23, from Bueng Kan Province in Northeast Thailand, and Sulkeflee Jaetae, 28, from Yala.

“The suspects were charged with inflicting harm to an animal and causing a public nuisance,” said Lt Col Sutthichai Thianpho of Patong Police.

The two iguanas were handed over to the Environmental Conservation Division at Khao Phra Thaeo Wildlife Sanctuary, where they will be examined, treated if necessary and protected.

“It is not illegal for people to have iguanas as private pets, but we do not want this activity on Soi Bangla,” Col Sutthichai said.

There were no touts offering photos with the indigenous slow loris or any gibbons when the officers conducted their sweep at 7:30pm, Col Sutthichai confirmed.