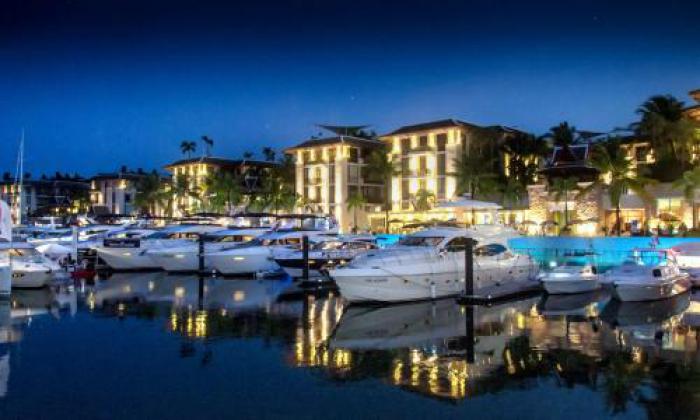 “The goal is to make RPM a destination, not just a marina, and Michael has vast experience in this field,” RPM Chairman Gulu Lalvani told the Phuket Gazette this morning.

Mert Ulusoy will continue in his current role as General Manager until the end of the month, Mr Lalvani confirmed.

“He will be leaving to pursue other interests. On behalf of the entire team at RPM, I wish him every success in his new endeavors,” Mr Lalvani said.

The overlap in work roles is to “allow ample time for a seamless handover”, he added.

Mr Ayling, British by birth but now also an Australian national, resigned from his position with Laguna Hotels & Resorts on May 31, 2012 after 12 successful years with the company. He resigned to become a private consultant.

“He brings with him a wealth of relevant experience to help make Royal Phuket Marina ‘the’ destination in Phuket.”

Mr Ayling has significant experience in the management and development of integrated resorts through his positions as Finance Director, and then Managing Director, of Laguna Resorts & Hotels, for a total of 12 years, during which he was responsible for:

Mr Ayling was also an Executive Director for Laguna Vietnam Limited, a fund developing an integrated resort in Central Vietnam that was under construction during his time with the group. Specifically, he was responsible for establishing the property sales operation, as well as the design, development and construction of the Nick Faldo Championship Golf course.

He was also significantly involved in the successful initial public offering (IPO) of Banyan Tree Holdings Ltd on the Singapore Stock Exchange in 2006 and served as a member of the Banyan Tree Hotels Executive Committee.