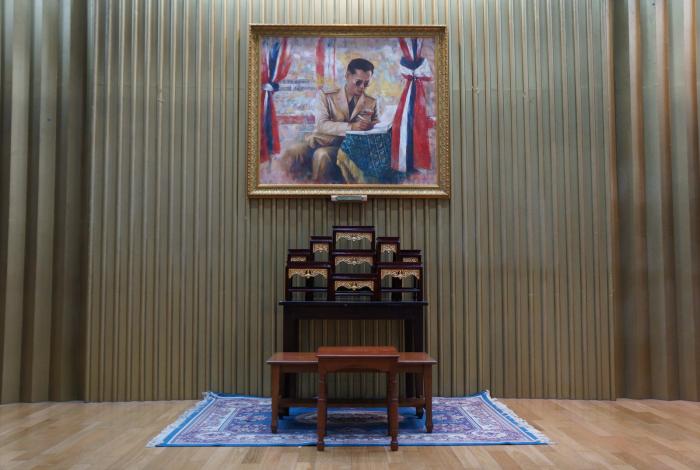 “We have set up a special team comprising police officers, military personnel and IT staff to keep a close watch on social media,” said Governor Chokchai. “We are on the lookout for people who post or share false information.”

He urged people to avoid believing in ‘everything they see on social media’.

“Thailand has entered a period of mourning, and I wish that no one causes any trouble,” said Gov Chokchai.

The governor reiterated the PM’s announcement that government officials are to wear black for a year, while flags shall fly at half-mast for 30 days (story here).

“Private companies are free to abide by their own judgment. We do, however, hope that private sector businesses will also implement the clothing policy to mourn the loss of our beloved King,” said Gov Chokchai.

No jail time for driver who killed German in road accident