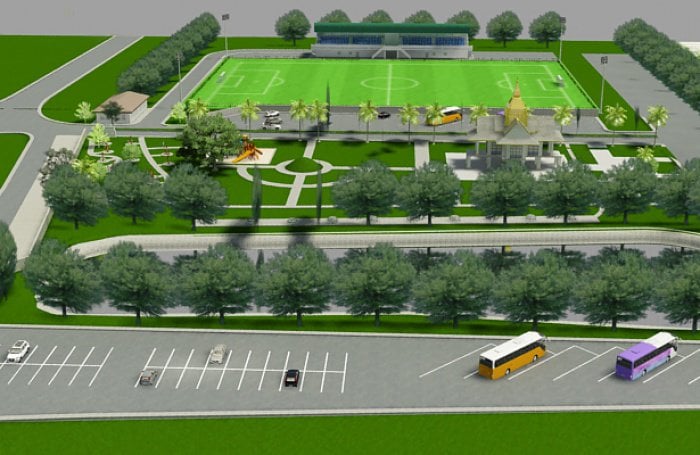 “Originally I planned to have a public park, activity space and a walkway, as well as a stadium,” Mr Ma-ann said. “The plan was submitted to the governor several months ago with an estimated budget of 27 million baht.”

“I also plan on constructing new buildings on the NorSorLor land, where the beach clubs and restaurants currently are. We are just waiting for an answer from the provincial authorities to authorize the OrBorTor to use the land by using Section 9 of the property law, which allows us to rent the land to the private sector at a proper rate.”

Mr Ma-ann also noted that he would like to cater to as many people as possible, knowing that different tourist groups expect different amenities.

“There are Thai and foreign tourists and each of them have different expectations. Some may just need a clean beach, while some may need facilities.

“There are two types of services that should be available on Surin Beach. First is the free services, such as toilets and tourist information centers, and the other type is services that will benefit the local community, such as food shops and souvenir products,” Mr Ma-ann said.

Also noted was the need for high-end restaurants and beach clubs.

“If the OrBorTor gets approval to use Section 9 to manage the land, I will call an auction for the private sector to rent the land from us. Those who now remain on the land and have to vacate will be welcome to join the auction.”

Mr Ma-ann explained that the beach front would possibly be separated into two sides with local businesses on the left wing facing the beachfront and premium, luxury beach clubs and restaurants on the right wing.

He insisted that the existing buildings on the beach will all be demolished.

“They will be cleared and if we can rent out the land, we will build new, beautiful buildings to replace the old ones.”

Police expect Chamroen Tipayapongtada, who will be the governor of Phuket as of October 1, to strongly back efforts to evict Surin Beach clubs and businesses that are allegedly encroaching on public land (story here).

Philippines’ ‘most wanted’ arrested in Phuket