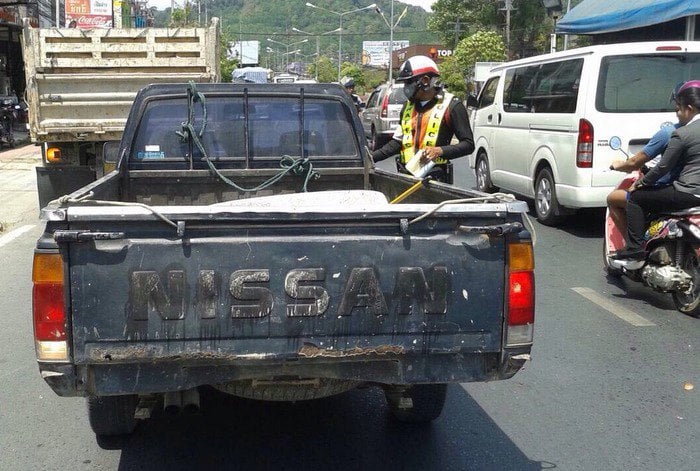 PHUKET: Phuket ended the national Seven Days of Danger road-safety campaign for the Songkran New Year festival with no fatalities to report.

The campaign drew to a close at midnight last night with a final tally of zero road deaths and 58 injuries during the week-long holiday, reported the Department of Disaster Prevention and Mitigation (DDPM) Phuket office.

Last year, Phuket ended the campaign with one death and 22 injuries (story here). In 2013, the campaign did not tally any road deaths, despite Vachira Phuket Hospital reporting the death of 75-year-old Phuket native Jingiang Jamreunnam from injuries sustained in a motorbike accident (story here).

There were a total of 57 accidents during this year’s Seven Days of Danger, which is 159 per cent more than last year. The number of injuries also increased by 163 per cent.

The most dangerous times on the road were 4pm – 8pm and 4am – 8am, reported the DDPM-Phuket office.

Police manning checkpoints throughout the island stopped 18,530 vehicles during the week, and ticketed 3,908 people for committing traffic offenses.

Riding a motorbike without wearing a helmet – 1,711 people
Driving without [carrying] a valid driving license – 1,095 people
Riding an unsafe motorbike – 17 people
Driver and/or passengers failing to use seat belts – 230 people
Driving under the influence of alcohol – 485 people
Failing to stop at a red light – 213 people
Driving in the wrong way (ghost-riding) – 114 people
Overtaking in a restricted zone – 6 people
Using a mobile phone while driving – 37 people