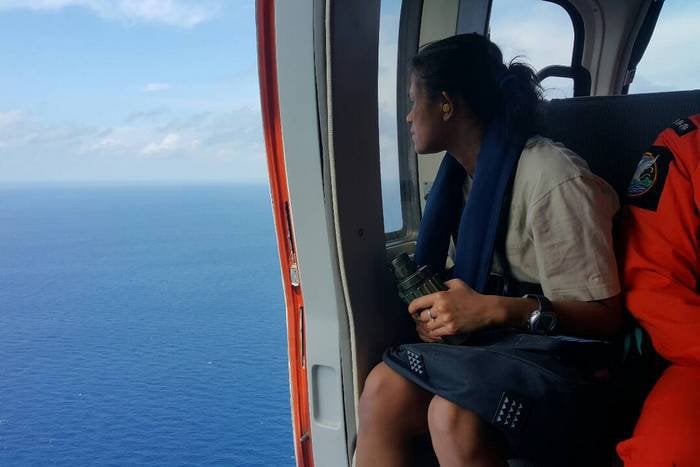 PHUKET: Officials ramped up their search yesterday for an American diver who went missing from a Similans-bound liveaboard on April 11.

Joshua Michael Devine, 36, a civilian IT operative working at a United States military base in Kuwait, was on the CRP Transport diving trip with his Thai wife, Thadsana, and 22 other divers (story here).

The Phuket Marine Police sent a search team by sea, while the Royal Thai Navy lent a helicopter for an aerial search.

“We have yet to find Mr Devine. Despite the sea being rough and choppy today, we will do our best to search the 35-nautical-mile radius in which we believe he went missing,” Governor Nisit Jansomwong told the Phuket Gazette yesterday.

“We have also contacted other boats in the area to keep an eye out for Mr Devine and to report any information they might have to us immediately.”

Despite the lack of success thus far, Governor Nisit said that Phuket officials would continue their diligent search for Mr Devine.

Mrs Thadsana expressed her gratitude for the search efforts.

“I joined the search and want my husband’s family to know that the Thai government is doing everything they can to find him,” she said.

“I am thankful for the effort. I hope my husband is still alive. In the very worst case, I hope that we at least find his body.”