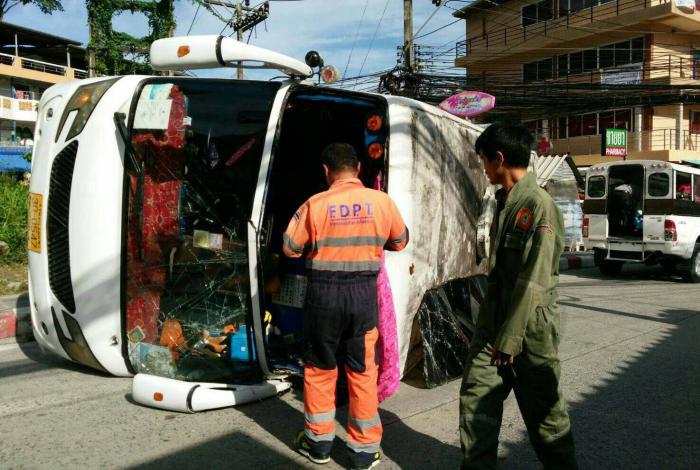 PHUKET: Five tourists, including a five-year-old boy, were injured when a tourist bus flipped over in Patong this morning.

The bus, which was carrying 14 Chinese, was heading toward the Patong Bay Hill Resort & Spa from Phuket International Airport.

Patong Police received reports of this the latest tour bus crash at about 8:30am. The injured were taken to Patong Hospital.

“The driver, Apiwat Panset, 29, said he was trying to drive up the hill when he lost control due to the ‘air pressure in the tires’ and the ‘steep incline of the slope’. His drug test came back negative, but we are investigating further to determine the real cause of the crash,” Lt Sirinat told the Gazette.

Police have yet to press any charges.

Domestic dispute ends in bloodbath, one stabbed to death