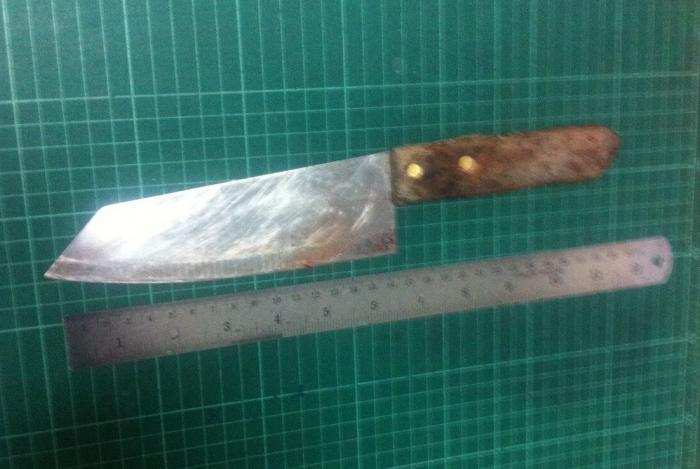 PHUKET: A 49-year-old Myanmar national was stabbed to death in Kathu last night, after a domestic dispute escalated into a bloodbath.

Kathu Police received reports of the man’s shirtless body lying on Baan Na Koh Road near Loch Palm Golf Club. Officers arrived at the scene to find the body of the victim, named only as Mr Ta, on the road about 20 meters away from a nearby cottage where the altercation took place.

“The suspect, Anan Chuayupakorn, 72, admitted to stabbing Mr Ta at the cottage. The floor was covered in blood and we found a knife with a 6.5-inch blade,” said Lt Col Umpolwat Sangrueng of the Kathu Police.

Mr Anan told police that at about 8pm, Mr Ta and his wife came to his house and requested to live with him.

“They then started arguing with each other. I tried to intervene and stop them from fighting, but Mr Ta attacked me with a knife. However, I managed to snatch it away from him,” Mr Anan told the police.

Mr Ta’s wife reportedly ran off, whereas he stumbled out of the cottage and collapsed on the road where his body was later found. Mr Anan was taken to Kathu Police Station for further processing.

The relationships within the trio have not been determined. Police are searching for Mr Ta’s wife and investigating further before pressing any charges.