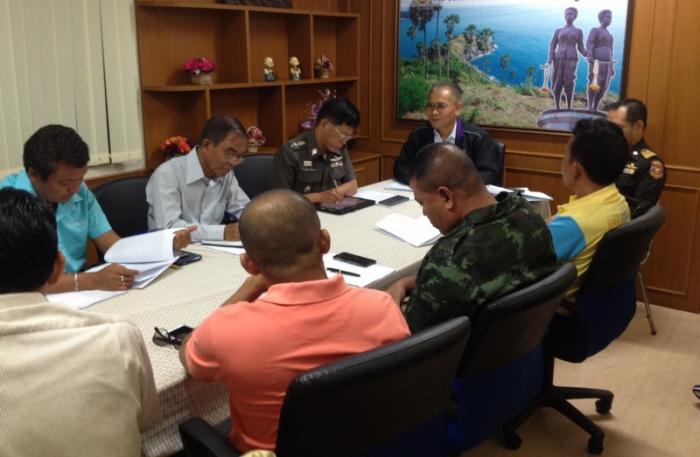 PHUKET: Following the latest public backlash against high taxi fares, officials from the Phuket Land Transport Office (PLTO) met with drivers’ representatives on Thursday to discuss a new minimum price for their services.

The meeting ended with the taxi and tuk-tuk drivers turning down the PLTO’s suggestions.

Public outrage erupted after Thai-speaking expat Jack Brown posted a video on Facebook last week, in which he complained that a one-kilometer tuk-tuk ride in Kata had cost him 200 baht.

The video quickly went viral, with many sharing their discontent with local taxi services, putting the PLTO under pressure to finally take meaningful action.

“We have already cleared Mr Brown’s case. He was not cheated – he had agreed to a price before the trip, so there is no criminal case here. In fact, he later apologized to the public, adding that he only meant to raise awareness about taxi prices, not damage Phuket’s reputation,” said PLTO Chief Sommai Sudkhao.

“However, public pressure did not ease up. The people are pushing for price reductions, which led to this meeting,” he added.

In September 2012, more than 50 representatives from taxi organizations across Phuket agreed to a schedule of higher standard fares to be charged island-wide (story here).

Currently, the minimum fare is 200 baht, but this can be negotiated for shorter distances.

“Taxi drivers say that Phuket conditions are very different from Bangkok, where you can pick up passengers anywhere. In Phuket, if you take a passenger from Karon to the airport, you cannot bring anyone back, as they have separate taxis designated for the airport,” Mr Sommai said.

“The same goes for other places in Phuket; drivers often have to come back with empty vehicles, which makes it very expensive for them.”

He added that the public is unwilling to pay the 200 baht minimum charge, even though the price is negotiable.

“The public wants to bring the minimum fare down, but drivers feel that short distances are not worth the fare and that not many tourists hail rides for such short distances. We have given them time to reconsider our suggestions, and will have another meeting soon in order to come to a decision,” Mr Sommai said.

“During this period, we will try to spread awareness among the public that Phuket taxis are not unduly expensive,” he insisted. “Public transport is very important for Phuket as a tourist destination; therefore we will do our best to solve this issue.”