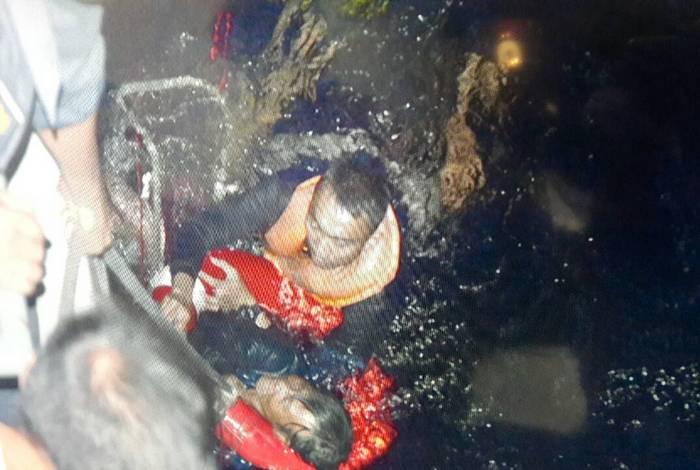 Though Marine Police originally reported that there were eight crew members on board Aung Chat Sar as it transported an undisclosed type of timber originating from the conflict-infected Rakhine State of Myanmar to Penang, Malaysia, the Navy has since confirmed that only seven people were on the ship.

“All crew members arrived at the Deep Sea Port in Phuket this morning after receiving medical care on the rescue boat. They will be transported to a hospital soon,” said Sathaporn Wajarat, the deputy director of the Royal Thai Navy Third Area Internal Security Operations Command. “We found them in a life raft two days after the boat sank – one of them was unconscious.”

The captain of the ship, Soe Min Than, told the Navy that the explosion forced them to abandoned the vessel as it sank, valuable timber in tow.

“We will question them further and put them in touch with representatives in Myanmar as soon as they have recovered from the ordeal,” Capt Sathaporn said.

A Decade Ago: Marking the one year anniversary of the tsunami