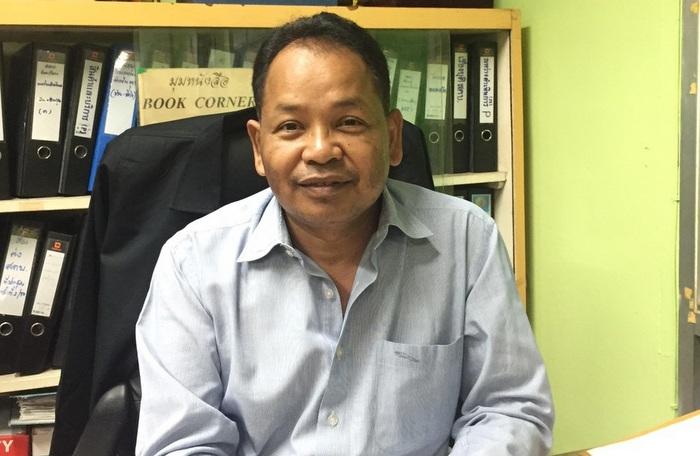 Prapan Kanprasang has been the chief of the Damrongdhama Center (ombudsman’s office) since 2011. He earned his master’s degree in public administration from The National Institute of Development Administration.

Here he addresses how the newly launched ‘Rapid Damrongdhama Unit’ will help improve efficiency, as well as other ways to make the Damrongdhama Center more effective.

PHUKET: In Phuket, there are several different places where you can file a complaint to the Damrongdhama Center. Many people are unaware that Damrongdhama officers actually work in the three district offices, as well as the 19 subdistrict offices. However, most complaints are lodged at the main office at Phuket Provincial Hall.

Because of this, many of the complaints are not tended to as quickly as they should. Some take priority over others, while others get passed on to relevant government offices or to the district and subdistrict offices in which the issue is located. In addition, before we are able to take action, the governor must sign off on each case and make sure that the correct officials are involved.

In the event of an arrest, we need to involve the concerned police force. This also takes a lot of time to coordinate, as the police are very busy with their own work.

All of these factors combined slow things down immensely. This process is not the most efficient way to solve residents’ issues.

The mobile unit is available 24 hours a day with officers on standby to deal with urgent issues. Additionally, we now have about 20 civil defence volunteers on standby in the event that arrests need to be made.

It is more efficient because now all relevant officers can show up in one van. Previously there were times when we would get lost, or some officers would show up before the others and have to re-brief everyone on the situation.

Another improvement in the process is that now, in very urgent situations, we do not need the governor to sign off on the case. We are able to move forward with a verbal confirmation or inform the vice governor in charge.

However, we still need to be careful and give priority to those cases that are more time sensitive. I think, therefore, that in order to make the Damrongdhama Center run as smoothly as possible, we need the district and subdistrict officers to put themselves out there to help decentralize the bulk of the work.

For example, many people have complaints about waste discharge issues in their district. This type of complaint could easily be filed at the district office and solved by the municipality. But for some reason, people feel like they don’t get results when they complain locally, so they come and complain at the Provincial Office.

I understand that a lot of this has to do with local government offices’ budgets, so they should request more money in order to hire more people and have more resources.

It’s not that we don’t welcome small complaints at the Provincial Office – we welcome all complaints. But, people must understand that there is a queue. If the complainant files their issue with their district or subdistrict office, and it is solved in a reasonable amount of time, that would give us more room to deal with bigger issues at the provincial level.

The more problems we can solve, the more we can improve Phuket and the lives of those who live here.

We really do appreciate people sending in complaints, reporting illegal activities and being good citizens.

We will continue to find ways to solve these issues quickly and appropriately, so that together we can enhance the quality of life on our island.