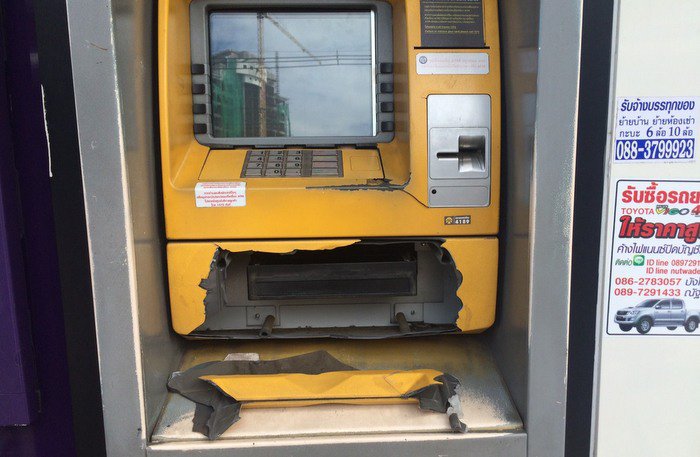 The man, who police declined to name due to his condition, fled the scene without attempting to take any money from the Krungsri Bank ATM.

“A police car on patrol in the area quickly responded to the incident,” said Maj Rachan Panwai of the Phuket City Police. “They were able to catch him about one kilometer from the crime scene.”

Police were unable to communicate with or question the man, who was talking to himself out loud. Officers were also unable to confirm his name, as the suspect had no identification on him.

The man, who was not charged for any damages, was taken to Vachira Phuket Hospital in the hope that the facility might have a record on him, enabling the police to contact family members.

“At this stage, we just have to wait for his relatives to show up and pay compensation to the bank. We will, of course, assist in tracking them down,” Maj Rachan said.

Two months ago, an unruly kratom user was arrested after he smashed the screen of an ATM on his way home from Phuket Town. The man had become enraged when he withdrew cash and received one 1,000-baht note instead of two 500-baht notes (story here).