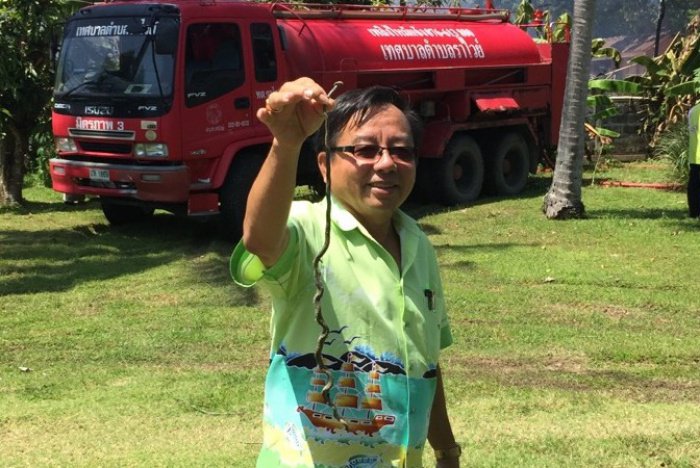 PHUKET: A Phuket mayor blamed a small snake for a fire near the Shooting Range in Chalong today.

“Locals saw the snake slide into the transformer next to the shack right before it exploded and started the fire,” said Rawai Mayor Aroon Solos. “Luckily, no one was injured.”

The owner of the shop, which sold decorative household items, was not there at the time of the incident.

It took four fire trucks from Chalong and Rawai to battle down the blaze.