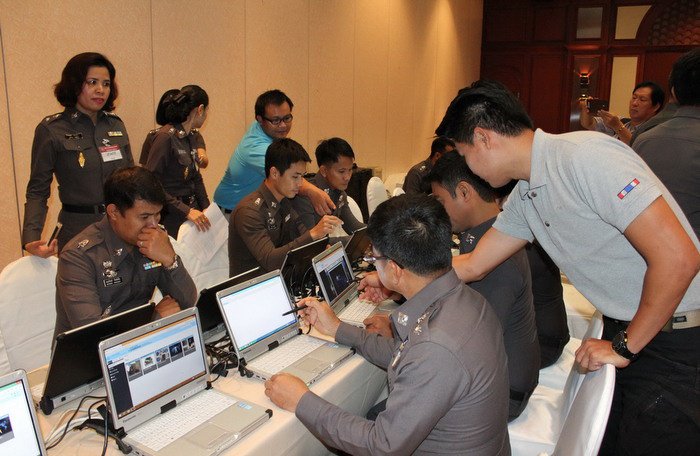 About 40 Phuket officers will be the first in all of Asia to undergo the training developed by the United Nations Office on Drugs and Crime (UNODC).

“The program is designed to provide background information, offer techniques on how to deal with human trafficking issues and to answer any questions the officers might have,” said Sornkrit Kaewpaluek, deputy head of the Police Educational Bureau. “The goal of this program, which was brought to Thailand by the United States, is to help officers improve their skills in the prevention and suppression of human trafficking.”

The program will be rolled out to an additional 11 provinces in Southern Thailand, educating about 600 police officers in total.

Dozens of officers were implicated earlier this year for their alleged role in human trafficking monstrosities when a number of mass, unmarked graves of victims were discovered in Songkhla (story here).

Prior to the discoveries, Thailand had been downgraded to Tier 3 in the 2014 US State Department’s Trafficking in Persons (TIP) report for failing to take steps to prevent human trafficking (story here).