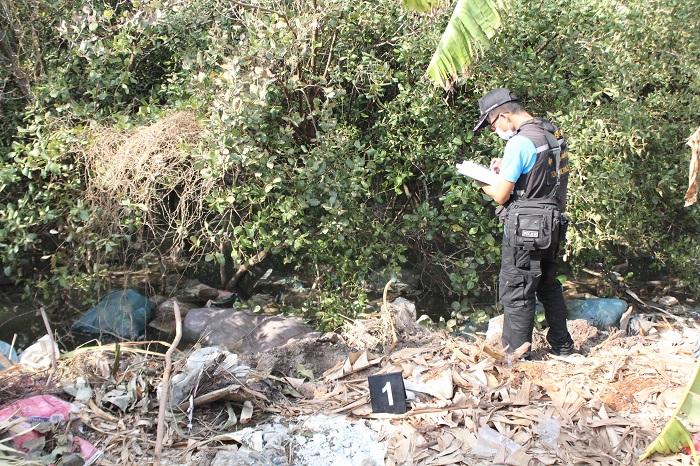 PHUKET: Police have launched a murder investigation after the decomposing body of a Myanmar national was found this morning, wrapped in a mattress and dumped in a mangrove forest in Rassada.

The body, identified by locals as a 52-year-old fisherman named Tai Jor, was found at 7:30am.

“The body was found rolled up in a mattress that had been bound with wire and dumped in a mangrove in Soi Tha Ruea Mai. There was a very foul smell emanating from it,” said Maj Sakon Krainara of the Phuket City Police.

“He was wearing a pair of blue football shorts and a gray long-sleeved shirt. We believe he died about a week ago.”

A local resident named Malee, who knew Mr Tai, said the man had returned to the area on April 27 after a stint working at sea. She said a contractor then visited Mr Tai to pay him some money, but they got into an argument when the contractor refused to hand over all the money that Mr Tai said he was owed, Maj Sakon told the Phuket Gazette.

The pair then began fighting and the contractor hit Mr Tai over the head with a bottle. Mr Tai went to hospital for treatment and then disappeared, Ms Malee told police.

The body was sent to Vachira Phuket Hospital for an autopsy.