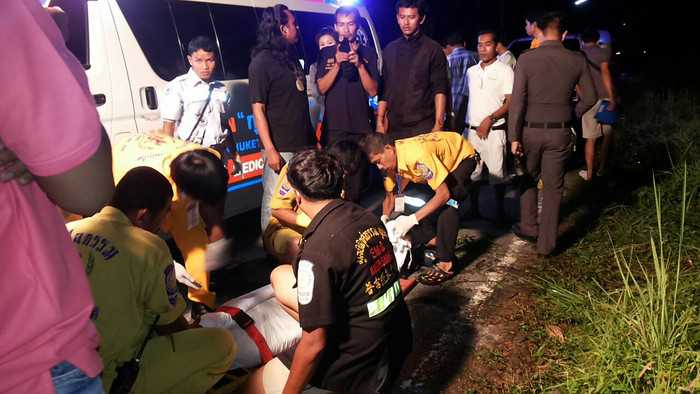 PHUKET: A man drowned last night after falling off his motorcycle into a roadside ditch flooded by recent monsoon rains.

Police were called to the scene – opposite a Muslim cemetery in Sakoo, south of Phuket International Airport – where they found the body of Supap Petcharat, 58, lying in the 70-centimeter-deep ditch.

His motorcycle was lying on its side at the top of the bank.

“It appears that he fell off his bike and into the ditch while he was driving past,” said Lt Col Prakob Boonkwan of the Tah Chat Chai Police.

“We found no evidence of foul play and it appears that nothing was stolen from him.”

Mr Supap was quickly identified by people at the scene as a local man who liked to drink alcohol.

“After questioning his family we discovered that Mr Supap was a heavy drinker, so it looks as if he may have been drunk when he fell into the ditch,” Col Prakob said.

Though the death appeared to be an accident, the body was transferred to Thalang Hospital, where it will undergo a post-mortem examination to confirm the cause of death.