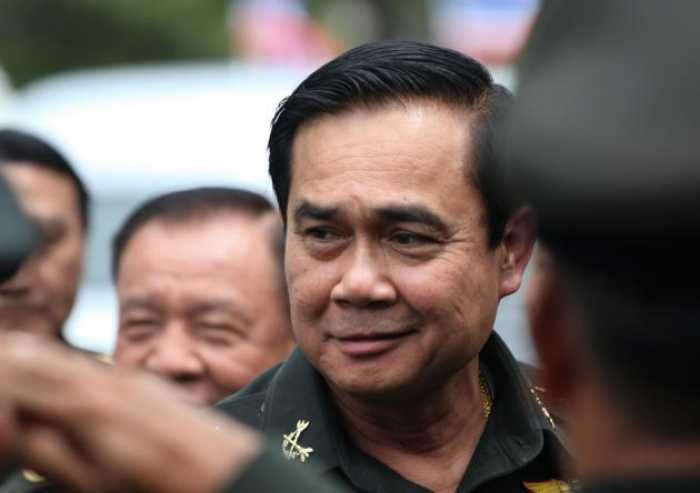 PHUKET: Britain Thursday raised concerns after Thailand’s junta leader Gen Prayuth Chan-ocha suggested that female tourists wearing bikinis could be more vulnerable to attack, as DNA tests failed to yield a breakthrough in the hunt for the killers of two British holiday makers.

The battered bodies of David Miller, 24 and Hannah Witheridge, 23, were found on the southern resort island of Koh Tao, north of Samui in the Gulf of Thailand, early Monday morning.

Distraught relatives of Witheridge broke down in tears and hugged each other ahead of a police briefing in Bangkok on Thursday, as the investigation continued to draw a blank.

Gen Prayuth yesterday drew condemnation after questioning the safety of female tourists in the kingdom.

“They think our country is beautiful and is safe so they can do whatever they want, they can wear bikinis and walk everywhere,” Gen Prayuth, who is also prime minister, told government officials.

But “can they be safe in bikinis… unless they are not beautiful?”

The British embassy in Bangkok said it had contacted the Thai foreign ministry raising its “concerns” over his remarks and to ask “for clarification”, according to an embassy statement.

Gen Prayuth’s off-the-cuff comments echoed others made to reporters on Tuesday questioning the behaviour of the murdered Britons as well as the perpetrators.

Thailand’s image as a tourist haven, already tarnished by months of political protests that ended in the May 22 army coup, has been further damaged by the murder of the British tourists Mr Miller and Miss Witheridge.

Police today continued to hunt for clues on the small, normally laid-back diving island of Koh Tao as post-mortem examinations of the victims’ bodies in Bangkok did not find any DNA links to 12 people they have questioned so far.

Those include two of Mr Miller’s British friends who were asked to stay in Bangkok pending the forensic results – and several Myanmar migrant workers.

Experts tested traces of semen and a hair found at the crime scene but could not find a match.

With no arrests and an apparent lack of new leads, it is unclear where the police investigation can turn after nearly four days scouring sparsely populated Koh Tao.

Thailand’s key high season for tourists is just two months away and the kingdom is desperate to reassure visitors after a year which saw tourism revenue slump because of political turmoil.

The governor of Surat Thani province – which covers Koh Tao – said the island would no longer host spin-off parties of the “full moon” beach raves which draw backpacking hordes to neighbouring Koh Pha-ngan.

“We don’t want any more crimes,” governor Chatpong Chatraphuti said, adding that hotels and resorts would have to install new security cameras and lighting.

The junta has vowed to restore Thailand’s reputation as the “Land of Smiles”, embarking on a clean-up of resorts after a series of complaints about scams, assaults and even police extortion.

The army imposed martial law in the days before the coup and then a nationwide curfew afterwards, which it quickly lifted from the kingdom’s main tourists areas.