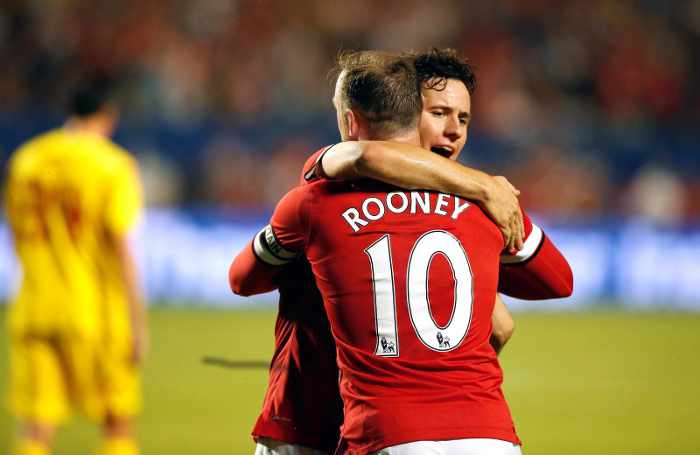 Liverpool took the lead in the 14th minute when the lively Raheem Sterling was brought down in the area by United defender Phil Jones and skipper Steven Gerrard drilled home the penalty.

The Merseyside team should have doubled their advantage shortly after half-time but Rickie Lambert fluffed his shot after finding space inside the area.

United equalised in the 55th minute with Javier Hernandez delivering a cross deep to the back post and Rooney coolly side-footed home a cushioned volley from a tight angle.

United wrapped up the win in the eight-team tournament when substitute Jesse Lingard blasted home from 18 yards out two minutes from time.