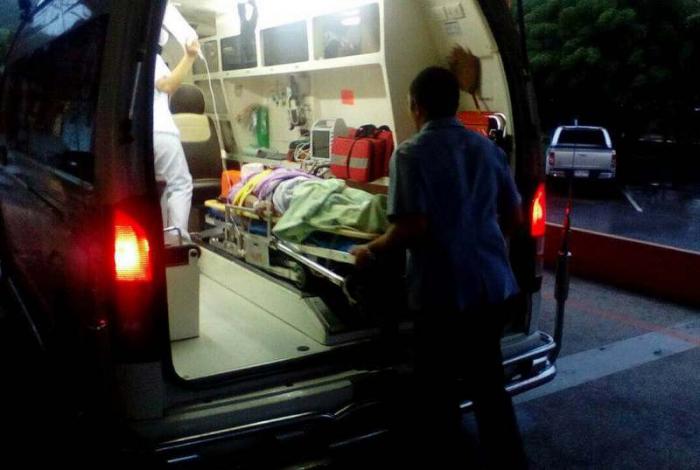 PHUKET: A 23-year-old Thai man is in intensive care after being shot in a drive-by road rage attack this morning.

Thalang police told the Phuket Gazette they received an emergency call at about 6am, after Chayan Srinual was rushed to Thalang Hospital.

“Mr Chayan was shot once in the left side of his back,” said Thalang police Captain Chatree Chuwichian. “The bullet traveled through his body and is lodged above his genitals. Mr Chayan was later transferred to Vachira Phuket Hospital because of the serious nature of the injuries.”

Sakoo police have since taken over the investigation.

Sakoo Police Superintendent Jirasak Siemsak said Mr Chayan was riding pillion on his friend’s motorbike along the Airport Road toward Thepkrasattri Road when the pair [somehow] began arguing with a man and woman headed in the opposite direction.

The man and woman then reportedly turned around and chased after Mr Chayan and his friend, when one of them shot him.

“We are working with Sakoo Police as the incident occurred within their area. We are keen to capture the suspects as soon as possible,” said Capt Chatree.