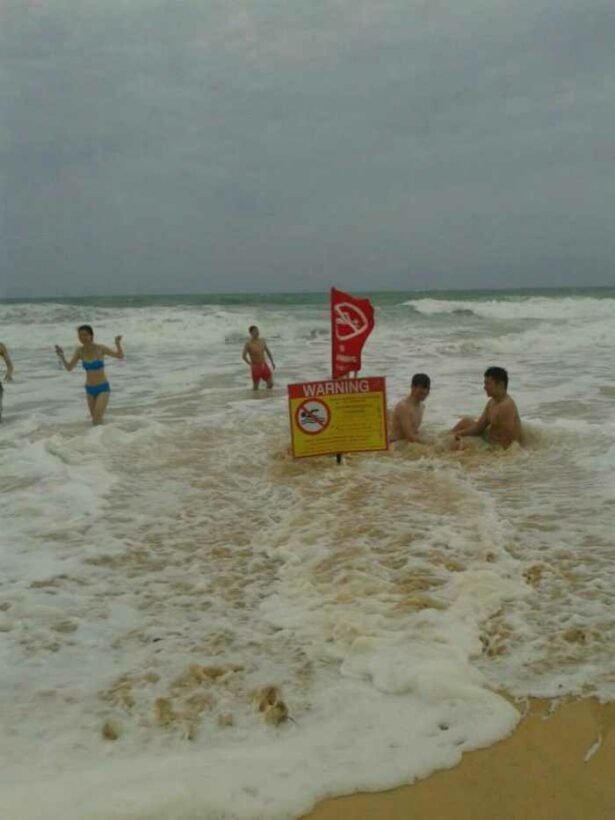 PHUKET: Phuket lifeguards are imploring beachgoers to respect the dangerous ocean conditions and stay out of the water as the annual southwest monsoon season comes into full swing.

“Please do not go into the sea, especially at Kata and Karon. I have also received reports of heavy, high waves in the Surin area that could be very dangerous,” Mr Prathaiyut said.

“Not believing our warnings could leave you dead,” Mr Prathaiyut said.

A 13-year-old boy drowned on Thursday at Karon Beach after ignoring red flags marking sections of the beach as a “No Swim” zone.

“I expect this warning to extend into next week,” Mr Prathaiyut added.