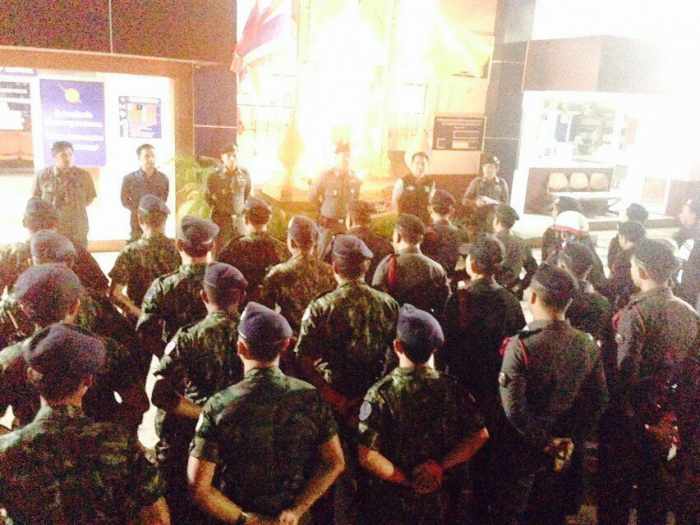 PHUKET: Only one gun was discovered during a sweep for illegal firearms in Phuket’s premier party town early this morning.

“We received orders to increase our efforts between June 13 and 15 to rid the area of illegal weapons,” Lt Col Suttichai said.

The crackdown comes in the wake of the Army’s amnesty deadline for turning over weapons of war, which ended on June 10. The Army’s call was echoed by Phuket Governor Maitri Inthusut earlier this month.

“The gun we found does have a license number, but the owner was unable to show the necessary paperwork to prove that he owned it legally. We will give him time to provide us with documents,”Col Suttichai said.

“If he is unable to do so, we will charge him for the illegal possession of a firearm.”

The raids also uncovered a stash of marijuana.

* Police have since released the name of the suspect: Natsongwat Piramrit, 48. He has been charged with the illegal possession of a firearm and ammunition. Additionally, police found gambling paraphernalia, and have charged him for illegal gambling.