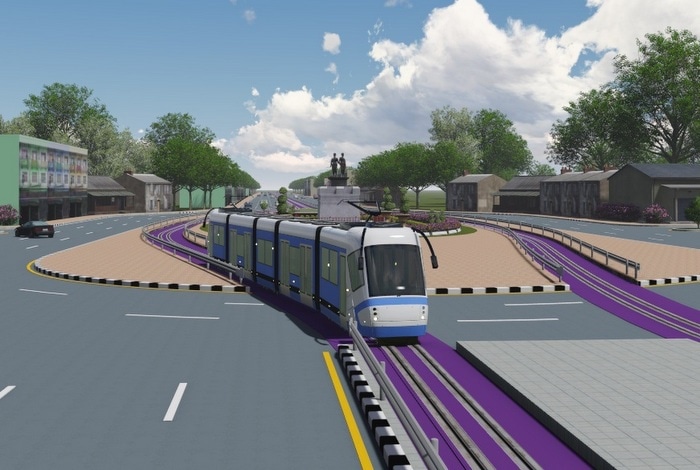 PHUKET: Officials are rushing to get Phuket’s light rail project moving along the tracks, Sirigate Apirat, the project secretary for the Office of Transport and Traffic Policy and Planning (OTPP), confirmed to the Phuket Gazette this morning.

“It has already taken too long to get the plan together, so I’ve been ordered to finalize it by the end of this month. This way, we can get it to the Ministry of Transport as soon as possible,” he says.

Following a number of adjustments made to the greatly-anticipated project in September by officials from the OTP, Mr Sirigate explained that the plan, excluding the Environmental Impact Assessment (EIA) proposal, would be finished by the end of the year (story here). However, pressure from Bangkok has pushed everything forward by one month.

“Once the plan is officially approved, we will begin working on the EIA, which will take about a year,” Mr Sirigate said.

With several investors already interested in the project, Mr Sirigate expects the public transport system to be fully functional by 2021.

Hundreds line up for Bike for Dad registration