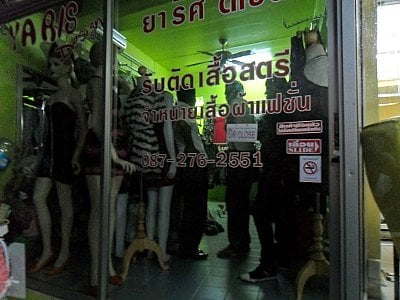 PHUKET: A jealous policeman shot his wife point-blank then turned the gun on himself in the latest murder-suicide in Phuket.

According to eyewitness accounts, the shooting took place at about 8pm at the couple’s home on Nanai Road, where they operated the Yaris Design woman’s fashion tailor shop.

Witnesses, including Miss Suchapha’s mother, said officer Boonsuk was convinced his wife was having an affair with another man, as he had heard rumors and his wife never picked up his phone calls.

Officer Boonsuk was on duty all day yesterday providing security for the general election, during which time he tried to call her numerous times, to no avail.

He returned home after delivering ballot boxes to Phuket Rajabhat University where the votes were counted.

When Mrs Suchapha returned home, she told him she went with friends to the Phuket Variety weekend market on the outskirts of Phuket Town.

He did not believe this and a violent argument ensued. It ended with officer Boonsuk, still in uniform, drawing his 9mm service revolver and shooting his wife point blank in the head in front of her mother at the back of the boutique.

After that he turned the gun to his own skull and fired.

The two bodies, lying face-up and foot-to-foot, were taken to the hospital for examination and storage until they are claimed by relatives.

The couple had been married four years and leave behind one child, a girl.