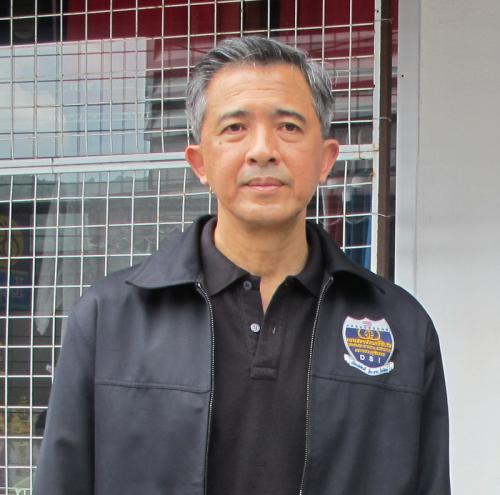 PHUKET: The investigation of a violent Phuket taxi rank whose behavior was exposed in a sting operation in November has been postponed.

“We expected the investigation against the Merlin Beach Resort taxi station to get official sanction at our December 2 meeting,” said Somboon Sarasit, head of the Department of Special Investigation (DSI) Special Crime Unit 3.

“However, there were other cases we had to discuss at that meeting – like the anti-government protests in Bangkok,” he said.

Lt Col Somboon said that he would present evidence against the Merlin Beach Resort taxi drivers at the January meeting, the date for which has yet to be set.

“We have enough evidence to add the case to our special investigations list,” he added.

That evidence came from a sting operation initiated after the DSI received reports that taxi drivers at the resort were threatening people who were picking up guests.

The DSI enlisted a foreigner to pose as a guest, and had a DSI undercover officer pick him up.

“When our officer arrived at the resort to pick up the foreigner, one of the taxi drivers parked a motorbike in front of his car and told the foreigner not to get in. Another driver opened the car door and tried to pull the DSI officer out,” Lt Col Somboon related.

Other DSI officers arrived on the scene to defuse the situation, but no charges were pressed.

Another high profile taxi case in November involved the Honorary Consul of Ireland who reported a similar experience at a resort in Rawai (story here).

“We will not stop following up on complaints about taxi drivers in Phuket. Whoever is behind the illegal-taxi operations on the island must be investigated,” Col Somboon said.

Phuket Customs yet to enforce new rules for boat stays