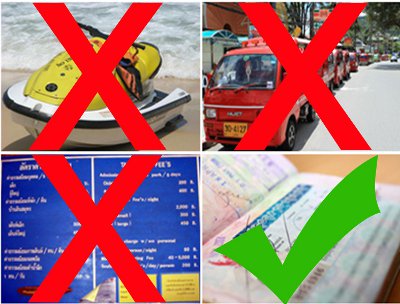 PHUKET: Griping about immigration requirements is overwhelmingly the topic readers are most tired of hearing foreigners in Phuket complain about, according to the most recent Phuket Gazette Readers’ Poll.

A total of 1,982 readers took part in the poll, which ran from February 17 until this morning.

Readers were asked: “Which of the following topics are you most tired of hearing foreigners in Phuket complain about?”

Overall, 61.4% of those taking part answered “Immigration requirements”, almost four times as many as the second most popular choice “tuk-tuks, taxis” at 15.6%.

A breakdown by demographic revealed some interesting trends.

Those who identified themselves as “local foreign residents” overwhelmingly (71%) identified “immigration requirements” as the most irksome topic of common complaint.

In contrast, Thais were more likely to opts for “tuk-tuks, taxis” (40%) or “local driving habits” (33%), with “immigration requirements” coming in third at 12%.

Perhaps ironically, the poll itself became a topic of complaint among many in the Readers’ Forum.

Some readers angrily charged that the poll downplayed the seriousness of the issues listed, while others correctly guessed that there was a tongue-in-cheek element intended.

To vote in the new poll, click here or on the icon on the right hand side of this page.

If you have already voted in the new poll and want to see the up-to-date results, click here.

To comment on the poll results, proceed to the Readers’ Forum below. The Phuket Gazette values all input that meets our “house rules” requirements.

Phuket Police to start patrols with the “All Blacks’