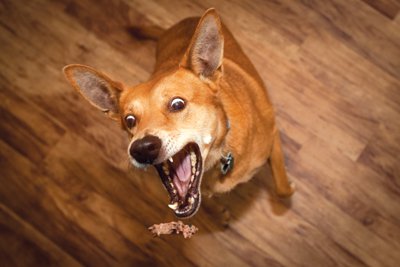 PHUKET: A while back I wrote an article on the benefits of a raw diet for your dogs and while the debate still rages among veterinarians, food manufacturers and the dogs themselves – I thought I’d leave that to one side and focus on some of the dog foods now available here in Phuket.

The variety of commercial dog foods available in Phuket is growing steadily, and many people are asking the question: which is better for my dog? So let’s have a run through some of the brands and see if I can answer that for you.

This is one of the top dog food brands available globally at the moment and is available in Phuket in a few varieties. The food is grain free which is perfect for dogs with allergies and also has a higher calorie count. What this means is that you can feed your dog less, and he’s still getting what he needs as the food contains virtually no fillers and is easily digestible. The kibble itself is meat based, using a notable amount of fish, poultry and bison meals as its main sources of protein. It also contains chelated minerals which, are essential minerals that have been chemically attached to the protein, making the food easier to absorb. Chelated minerals are usually found in the higher quality dog foods.

The grain free versions available here are Primitive Natural (PN) and Coastal Catch (CC) – the former having more meat content as opposed to the fish content of the latter. One key difference is the protein count of these foods, which for PN is a whopping 38% and 32% for CC. This is fine for a high energy dog that gets lots (and I mean lots) of exercise but if Fido isn’t getting out a lot each and every day, you are going to have a very wired dog on your hands if you’re feeding him this stuff!

The other two versions available are the Adult Vantage (AV) and Ocean Fusion (OF), both of which have a protein count of around 22%, which is adequate for the average dog. These two products are not grain-free, but are also made from high quality ingredients including chicken or fish meal.

Another top range dry food available here in Phuket although not the full range and not the grain free versions. Looking down the list of ingredients, one could be overly picky as it often contains canola oil which is often regarded as an unhealthy fat, but that aside, it all looks good and like Earthborn, there are no “red flag” items in the list of ingredients.

Interestingly the Duck and Potato version mentions duck meal and actual duck as its first two ingredients – however the actual duck product is largely water and most of the moisture is lost in the cooking process.

Across the holistic Pinnacle range available here, they all contain approximately 26% protein and 14% fat which is about average. The group is primarily a plant-based dry dog food which uses a moderate amount of poultry or fish meals as its main sources of protein.

One of the key components, and also talking points, about Avoderm, is its use of avocado, which has been noted by a vocal majority to be of harm, perhaps even fatal, to dogs. Indeed the RSPCA, ASPCA, ADPT and other organizations have all expressed concern – however, the key detail is this:

The leaves, bark, and stems from the avocado tree – essentially everything but the avocado fruit itself, can apparently be harmful to dogs. However, none of these parts are used in the dog food, only the fruit which is used for oil and meal content. There is also no indication by anyone that avocado oil or meal is in anyway harmful – quite the opposite, they are amazingly good for you and loaded with fibre and nutrients.

Again, being picky, we could highlight the inclusion of tomato pomace to their ingredient list which is essentially a by-product of processed tomatoes, but other than that, it all seems okay. Across the range, Avoderm has a slightly higher protein concentration that Pinnacle at 29% with fat levels around 11% – all again fine for your average dog.

All three dog foods listed here are quality foods and I’d have no problem recommending any of them to anyone – it’s essentially about preference. But a point to remember between grain free and other food versions is this. Dogs can assimilate grains, including corn, barley and oats, but grains provide mostly carbohydrate and only have limited protein profiles. Any extra carbohydrate intake, above the needs of the dog, will prompt internal enzyme factors to store the extra carbs as fat.

Conversely, give the same dog the extra protein, and it is excreted through the kidneys and not stored as fat. So do the math – which is better, food with grain or without? Often people go for the cheapest dog food, or the one “they” think sounds the best – like rabbit stew. However, how many dogs in Phuket have ever seen a rabbit, let alone hunted one down and eaten it?

It’s your call, obviously, you can do your own research, but ultimately your dog will tell you. If they seem sharp and alert with clear eyes and a great looking coat, their food is likely to be helping them. If they appear downcast, lethargic and not at their peak – try changing their food.

For more information on dogs in general, or to inquire about training classes contact the Thailand Canine Academy on 089 588 4050, canineworld@me.com or check www.tk9a.com.

Phuket lifestyle: Keeping an ‘i’ on the prize