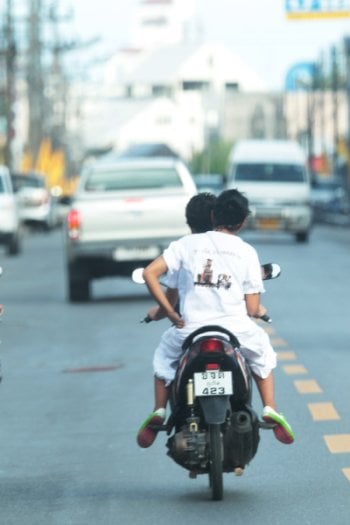 PHUKET: There has been a nearly 600% increase in the number of new vehicle registrations being made in Phuket each month, according to the Phuket Land Transport Office (LTO).

Phuket LTO director Kanok Siripanichkorn told the Gazette that 500 to 600 automobiles are being newly registered on the island each month, compared to just 50-100 per month at the same time last year.

Around 10% of new registrations are made by foreigners and 40% are made by Thais from other provinces, he said.

While 2009 saw a total of 23,760 new vehicle registrations in Phuket, this year looks to eclipse that number. Phuket LTO statistics show that from January to August 2010 there were already 21,112 new registrations made.

These included 4,905 cars, 1,261 pickup trucks, 14,833 motorbikes and smaller numbers of other vehicles such as vans, tractors and road construction equipment.

The number of vehicles registered in other provinces but paying tax at the Phuket LTO from January 2010 to August was 27,819. Last year’s total was 39,232 vehicles.

In the same period this year, there were 26,515 Phuket-registered vehicles taxed in other provinces; last year there were 37,153.